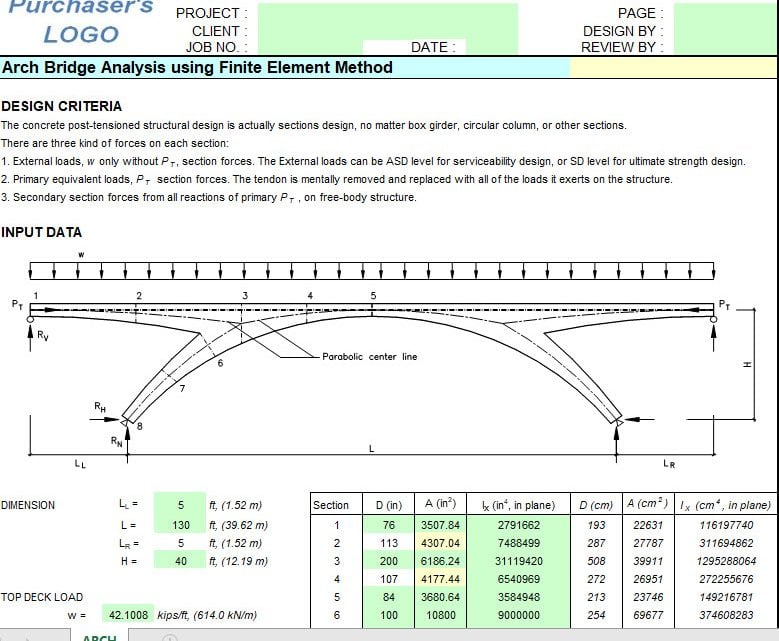 23 June 2018 Off By The Engineering Community

Arch bridges have been built from the time of the Romans onwards. There are approximately 75,000 masonry arch bridges in service on road, railway and waterway networks in the United Kingdom with the majority of these bridges built between the 17th and 19th centuries.

The assessment of old masonry arch bridges is not a simple matter as such bridges have been serving the traffic over centuries and the material may be deteriorated and weathered to a certain extent. These bridges are now carrying weights far beyond those envisaged by their builders. Since January 1999, under new European Commission Directives, the maximum allowable gross vehicle weight has been increased from 38t to 44t and simultaneously the maximum axle load increased from IOt to 11. St. Figure 1.1 shows the increase in the maximum allowable single axle load from 1967 to 1999. The increases in traffic load have compelled both local and national highway authorities to undertake assessment and strengthening of their stocks of masonry arch bridges. Abnormally large heavy loads also require special one-off assessments typical of which was the 240t oil rig leg seen in Figure 1.2 crossing Balmoor bridge, Inverugie in 1991.

Finite element analysis became famous in the last few decades mainly due to the development of powerful computers. The advantage of this method over other conventional structural analyses is that it can be used for statically indeterminate structures with irregular shapes and different boundary conditions. Non-linear material properties can also be defined giving non-linear structural behaviour up to ultimate limit state.

The concrete post-tensioned structural design is actually sections design, no matter box girder, circular column, or other sections. There are three kind of forces on each section: 1. External loads, w only without PT, section forces. The External loads can be ASD level for serviceability design, or SD level for ultimate strength design. 2. Primary equivalent loads, PT section forces. The tendon is mentally removed and replaced with all of the loads it exerts on the structure. 3. Secondary section forces from all reactions of primary PT , on free-body structure.

Analysis of Concrete Slabs on Grade Spreadsheet
Join us on Telegram