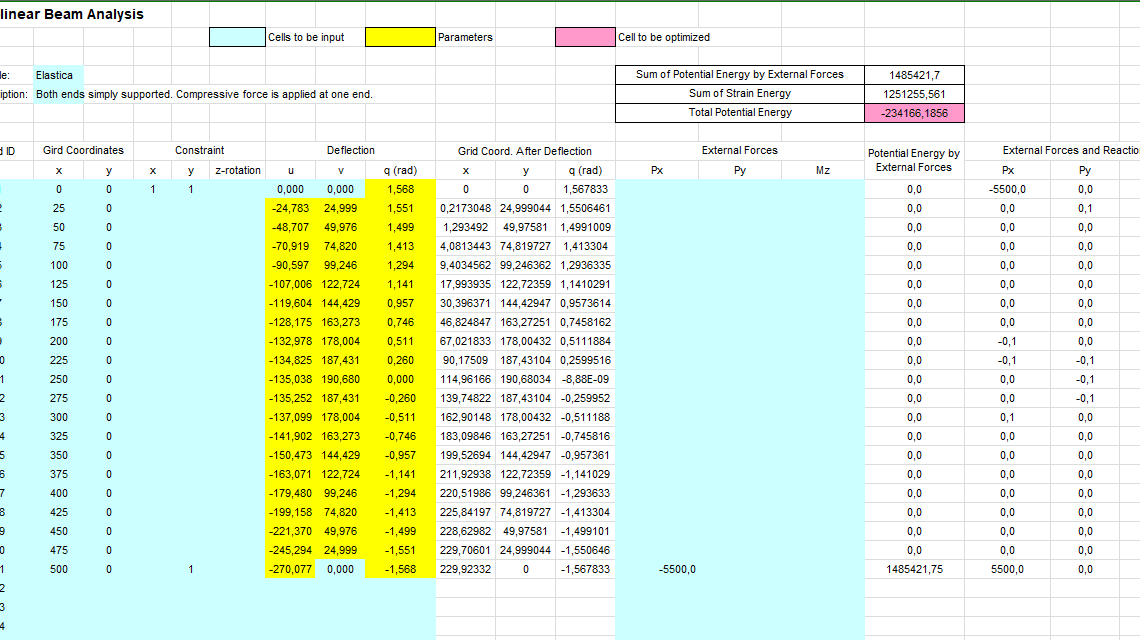 10 June 2019 Off By The Engineering Community

Beam Analysis with FEM Excel Sheet is an application of MS-Excel “Solver” to Non-linear Beam Analysis written by Toshimi Taki Prepared on March 4, 2007

There are some types of beam structures as shown in figure 1. 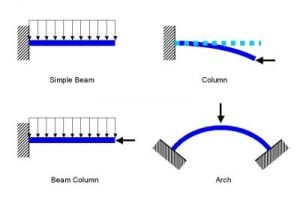 The examples of the non-linear beam problems are beam columns, Elastica and arch structures. Analytical method is applicable only to idealized structures such as uniform cross section beam column. 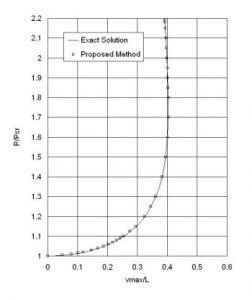