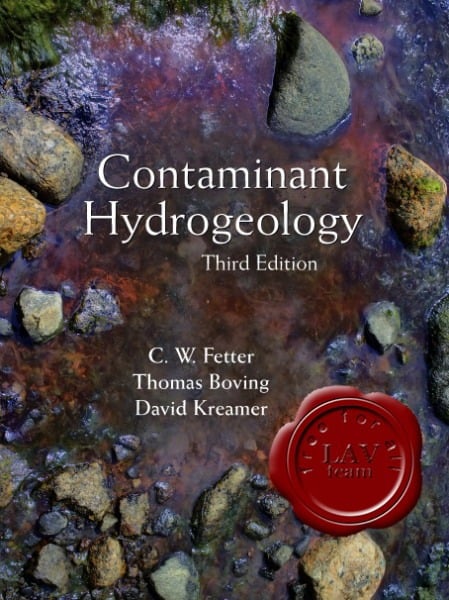 29 May 2018 Off By The Engineering Community

Tremendous progress has been made in the field of remediation technologies since the second edition of Contaminant Hydrogeology was published two decades ago, and its content is more important than ever. Recognizing the extensive advancement and research taking place around the world, the authors have embraced and worked from a larger global perspective. Boving and Kreamer incorporate environmental innovation in studying and treating groundwater/soil contamination and the transport of those contaminants while building on Fetter’s original foundational work.

Contaminant Hydrogeology is intended as a textbook in upper level courses in mass transport and contaminant hydrogeology, and remains a valuable resource for professionals in both the public and private sectors

Correlations of Soil Properties
Join us on Telegram