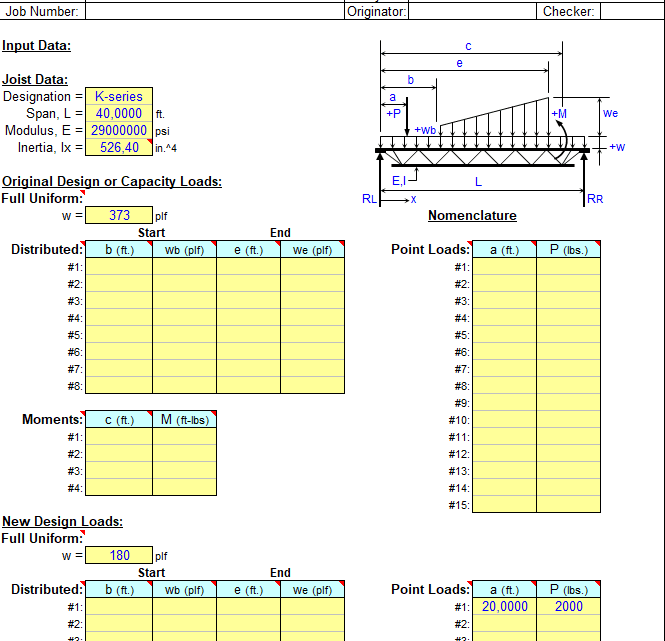 15 April 2019 Off By The Engineering Community

Joist Analysis is a spreadsheet program written in MS-Excel for the purpose of analysis of steel joists considered as
simple-span beams subjected to virtually any type of loading configuration.  Specifically, beam end reactions as well
as the maximum moments and deflections are calculated.

Plots of both the shear and moment diagrams are produced, as well as a tabulation of the shear, moment, slope, and deflection for the joist span.

There are two worksheets for selecting K-series and LH-series joists, and 2 worksheets which are the SJI Standard Load Tables.

Revit 2020 Tutorial for Beginners – General Overview
Join us on Telegram