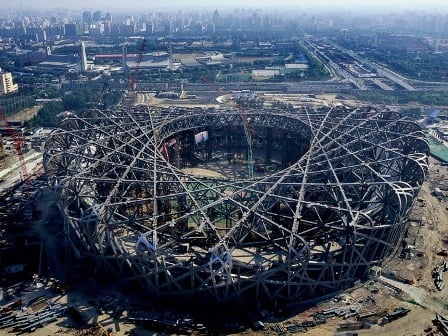 5 March 2019 Off By The Engineering Community

Affectionately known as Bird’s Nest, it is situated in Olympic Green Village, Chaoyang District. It was designed as the main stadium of 2008 Beijing Olympic Games.

The Olympic events of track and field, football, gavelock, weight throw and discus were held there. Since October, 2008, after the Olympics ended, it has been opened as a tourist attraction.

The construction of it started on December 24, 2003. On July, 2004, the project was stopped temporarily due to the amendment of the design. On December 27 of the same year, the construction was resumed and finished in March, 2008. The gross cost of the whole project is 2,267 million Chinese yuan (about 33 million dollars).