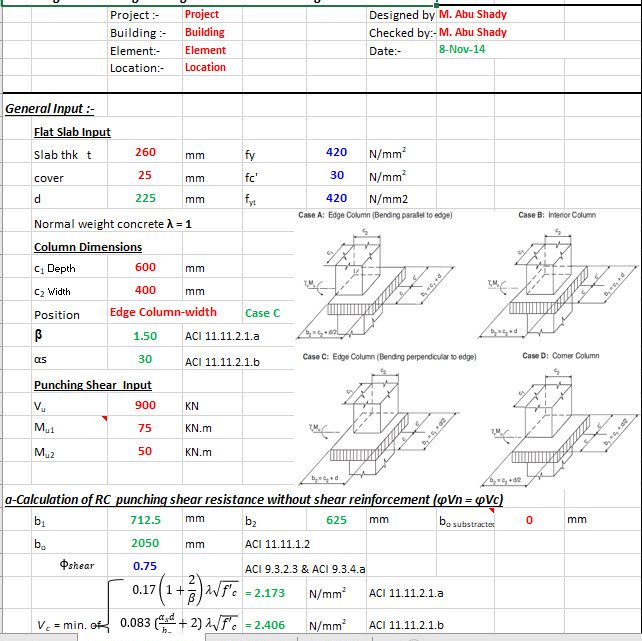 18 October 2019 Off By The Engineering Community

An experimental study was carried out on reinforced concrete slabs under a central patch load with circular, square and rectangular shapes of patch areas. A single concrete mix design was used throughout the test program. All of slab specimens were reinforced with distributed mesh reinforcement with equal steel ratios in both directions.

Conclusions on the influence of patch area on the punching shear capacity of reinforced concrete slabs were drawn. The experimental results confirm that the strength and deformation capacity are slightly influenced by the shape of the patch area. Among all specimens, the slabs with circular shape of patch area exhibited the best
performance in terms of ductility and splitting failure.

In flat-plate floors, slab-column connections are subjected to high shear stresses produced by the transfer of the internal forces between the columns and the slabs (ACI-421.1R-08, 2008; ACI-421.1-99, 1999). Normally it is desired to increase the slab thickness or using drop panels or column capitals of exceptionally high strength for shear in reinforced concrete slab around the supporting column. Occasionally, methods to increase punching shear resistance without modifying the slab thickness are often preferred (Cheng and Montesinos, 2010).

The ways to transfer the force from column to the slab need to be studied to increase the shear resistance. Several reinforcement alternatives for increasing punching shear resistance of slab-column connections, including bent-up bars (Hawkins et al., 1974; Islam and Park, 1976), closed stirrups (Islam and Park, 1976), shearheads (Corley and Hawkins, 1968), and shear studs (Dilger and Ghali, 1981), have been evaluated in the past five decades. But there is a little experimental and theoretical information about the influence of patch area or cross section area shape for supporting column in the reinforced concrete shear resistance.