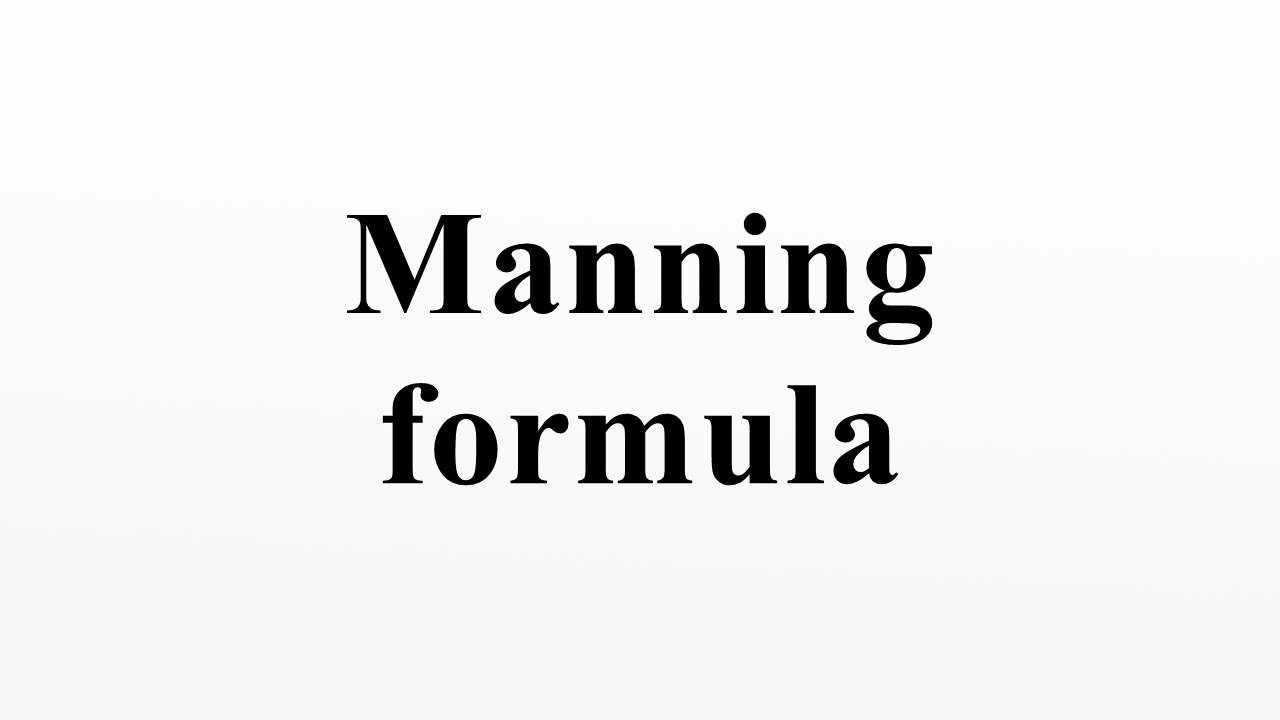 The Origin of Manning’s Equation

26 October 2017 Off By The Engineering Community

The Origin of Manning’s Equation

Ever wonder about the origin of Manning’s equation? Well, even if you haven’t it’s still interesting. This well-known equation achieved its notoriety in a way parallel to many other things in our modern consumer society. Through what some may call typical but accidental word-of-mouth marketing techniques. But not by its inventor.

The equation was named after an Irishman (actually born in France in 1816) Robert Manning. He was 73 when he introduced the equation to the Institution of Civil Engineers in Ireland. He died eight years later.

Here’s what’s interesting… he never stepped a foot in a fluid mechanics class or had an engineering degree. He worked for his uncle as an accountant until the Irish famine caused him to lose his job in 1845. But a year later he was hired on at the expanding Irish Public Works Department in the drainage division. While one thing led to another, he was appointed Chief Engineer 1874 and held this position until retirement in 1891. He taught himself hydraulics.

He admired folks like Chezy, Darcy, Kutter and a few other H&H pioneers. Apparently his mass detestation for complex mathematical formulae was the driving force behind his passion for simplicity. He tinkered with as many as seven other hydraulic formulae for open channel flow created by his colleagues in an effort to boil it all down to this equation:

(C later turns into the reciprocal of Kutter’s n)

But this equation had a serious problem… a cube root. Computing a number to the 2/3rds power was not easy in the late 1800’s. So Manning trashed it and created one that didn’t have a cube root extraction:

It is this equation that he named after himself in 1895 but with little applause. Barometric pressure, really?

Meanwhile, others in his field liked his first rendition of ten years earlier. Manning had noted that the reciprocal of C somehow closely corresponded with an n-value determined by Ganguillet and Kutter. As time passed authors began to reference the original formula as Manning’s equation but with Kutter’s n-value. The cubed root was still a major issue among practicing civil engineers so it wasn’t very popular.

But in 1918, Manning’s equation went viral thanks to Horace W. King. Does the Handbook of Hydraulics ring a bell? King not only suggested exchanging Manning’s K for Kutter’s n, he tabulated the two-thirds power of numbers over the range of 0.01 to 10 and added it to the 1st edition of Handbook of Hydraulics. Perhaps it was this table that overcame the greatest difficulty in using Manning’s equation and made it as famous as it is today. An equation that Manning himself rejected years earlier and that is baked into most modern hydrology software features.

All told, it took circumstances, an Irish famine, an unemployed accountant and a University of Michigan professor to create this favorite tool that today’s practicing civil engineer refuses to give up. Manning’s equation is still the most widely used. Over the last century many new modern formulae have been developed but nothing has changed in the real world. Well, perhaps for a just a few years. Here’s what Manning’s equation looked like in the late 1950’s, early 60s.