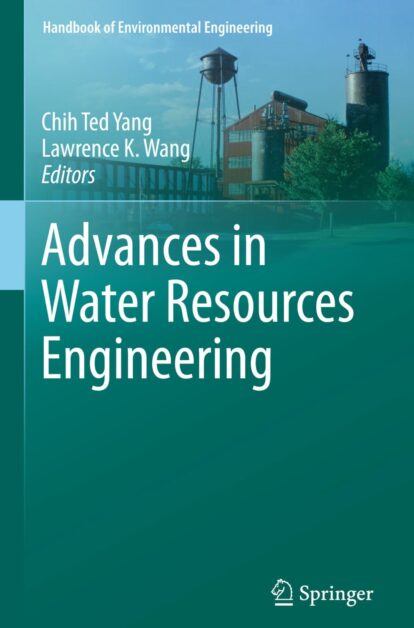 14 March 2018 Off By The Engineering Community

The past 35 + years have seen the emergence of a growing desire worldwide that
positive actions be taken to restore and protect the environment from the degrading
effects of all forms of pollution—air, water, soil, thermal, radioactive, and noise.
Since pollution is a direct or indirect consequence of waste, the seemingly idealistic
demand for “zero discharge” can be construed as an unrealistic demand for zero
waste. However, as long as waste continues to exist, we can only attempt to abate
the subsequent pollution by converting it into a less noxious form. Three major
questions usually arise when a particular type of pollution has been identified: (1)
How serious are the environmental pollution and water resources crisis? (2) Is the
technology to abate them available? And (3) do the costs of abatement justify the
degree of abatement achieved for environmental protection and water resources
conservation? This book is one of the volumes of the Handbook of Environmental
Engineering series. The principal intention of this series is to help readers formulate
answers to the above three questions.The traditional approach of applying tried-and-true solutions to specific environmental
and water resources problems has been a major contributing factor to the
success of environmental engineering, and has accounted in large measure for the
establishment of a “methodology of pollution control.” However, the realization
of the ever-increasing complexity and interrelated nature of current environmental
problems renders it imperative that intelligent planning of pollution abatement
systems be undertaken. Prerequisite to such planning is an understanding of the
performance, potential, and limitations of the various methods of environmental
protection available for environmental scientists and engineers. In this series of
handbooks, we will review at a tutorial level a broad spectrum of engineering systems
(natural environment, processes, operations, and methods) currently being utilized,
or of potential utility, for pollution abatement and environmental protection.
We believe that the unified interdisciplinary approach presented in these handbooks
is a logical step in the evolution of environmental engineering.
Treatment of the various engineering systems presented will show how an engineering
formulation of the subject flows naturally from the fundamental principles
and theories of chemistry, microbiology, physics, and mathematics. This emphasis
on fundamental science recognizes that engineering practice has in recent years
become more firmly based on scientific principles rather than on its earlier dependency
on empirical accumulation of facts. It is not intended, though, to neglect
empiricism where such data lead quickly to the most economic design; certain engineering
systems are not readily amenable to fundamental scientific analysis, and in
these instances we have resorted to less science in favor of more art and empiricism.
Since an environmental water resources engineer must understand science within
the context of applications, we first present the development of the scientific
basis of a particular subject, followed by exposition of the pertinent design concepts
and operations, and detailed explanations of their applications to environmental
conservation or protection. Throughout the series, methods of mathematical modeling,
system analysis, practical design, and calculation are illustrated by numerical
examples. These examples clearly demonstrate how organized, analytical reasoning
leads to the most direct and clear solutions. Wherever possible, pertinent cost data
have been provided.Our treatment of environmentalwater resources engineering is offered in the belief
that the trained engineer should more firmly understand fundamental principles,
be more aware of the similarities and/or differences among many of the engineering
systems, and exhibit greater flexibility and originality in the definition and innovative
solution of environmental system problems. In short, the environmental and
water resources engineers should by conviction and practice be more readily adaptable
to change and progress.
[su_button url=”https://drive.google.com/open?id=16oyzr0MIQh2wSpir4jVJnI-UWZBThjTK” size=”7″ center=”yes”]Download Link[/su_button]

Unified Design of Steel Structures
Join us on Telegram