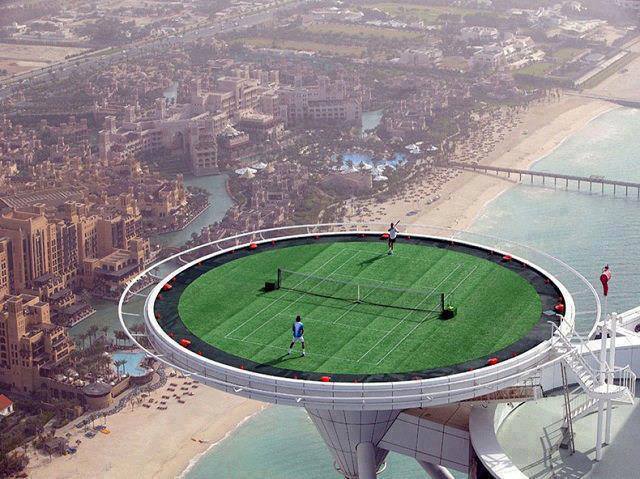 On February 22, 2005, the Burj al Arab hosted Andre Agassi and Roger Federer to play a match on their helipad tennis court before heading to the US$1 million Dubai Duty Free Men’s Open, which was the first round of the two-week Dubai Tennis Championships.

The hotel’s helipad is situated 211 meters high and covers a surface area of 415 sq m. A video shows the pair on their way up to the tennis court and then cautiously looking over the edges before playing a round.

Although the court was plenty big enough to play at their fullest, it must have been scary to run too fast or hit too hard for fear of getting close to the edge. There is a net around the pad, but still, it’s pretty far up there.