you are here Accueil | Seismic | Concrete Buildings in Seismic Regions 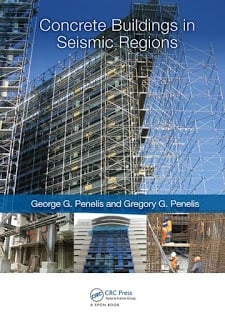 29 November 2017 Off By The Engineering Community

Earthquake engineering is an independent scientific discipline that has come into being
along with engineering seismology over the past 100 years and is therefore still evolving,as happens in every new scientific field.

It started as a framework of codified rules for the seismic design of buildings at the begin-
ning of the twentieth century, after the catastrophic San Francisco earthquake of 1906.

This design procedure was based, on one hand,

on a framework of empirical rules for avoiding seismic damage observed in previous earthquakes, and on the other,

on the simulation of the seismic action on a set of lateral forces equal to a percentage of the gravity loads of the building.

The considerations of earthquake engineering briefly presented above will be adapted and applied in the forthcoming chapters to buildings with a structural system made of reinforced concrete,

which constitute the major part of the building stock of the built environment in developed countries.

The material of this book has been formulated into three main parts:
In the first part, seismic demand issues are examined (Chapters 2 through 6).

More par-ticularly, this part includes at the outset a short overview of basic issues of structural dynamics,

which have been considered of special importance for the comprehension of the material of subsequent chapters.

It also includes the procedure for the determination of the seismic actions and the ductility coefficients.

The description of the acceptable methods for seismic analysis, and the application of the capacity design rules to the seismic effects (internal forces) are included in this part as well.

Railway Geotechnics
Join us on Telegram