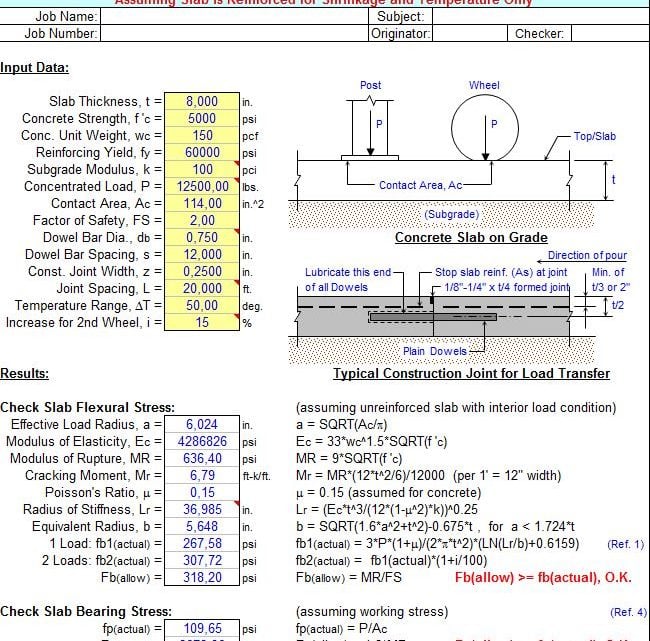 13 March 2019 Off By The Engineering Community

“GRDSLAB” is a spreadsheet program written in MS-Excel for the purpose of analysis of concrete slabs on grade.Specifically, a concrete slab on grade may be subjected to concentrated post or wheel loading.

Then for the given parameters, the slab flexural, bearing, and shear stresses are checked, the estimated crack width is determined, the minimum required distribution reinforcing is determined, and the bearing stress on the dowels at construction joints is checked.

Also, design charts from the Portland Cement Association (PCA) are included to provide an additional method for determining/checking required slab thickness for flexure.The ability to analyze the capacity of a slab on grade subjected to continuous wall (line-type) load as well as stationary, uniformly distributed live loads is also provided.

This program is a workbook consisting of eight (8) worksheets, described as follows: