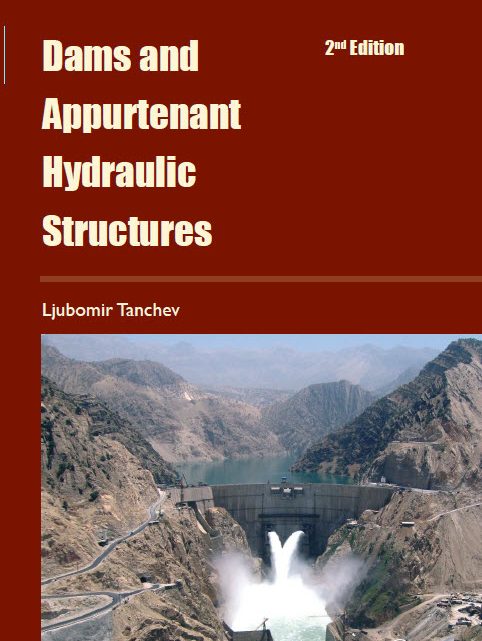 5 September 2018 Off By The Engineering Community

Water, one of the few natural resources without which there is no life, is distributed throughout the world unevenly in terms of place, season and quality. For this reason it is essential to construct dams on rivers, thus forming reservoirs for the storage and the even use of water.

To date, forty-two thousand large dams have been built worldwide, and hundreds of thousands of smaller ones, which have made possible a rational use of a certain amount of river water – the most important water resource for human life and activity. Dams, together with their appurtenant hydraulic structures, belong among the most complex engineering works, above all because of their interaction with the water, their great influence on the environment and their high cost.

Therefore great significance is given to theoretical research relating to dams, to improving the methods of analysing and constructing them, and to the knowledge gained in the course of their exploitation. In the past forty years great progress has been made in this respect.

Water plays an exceptionally significant role in the economy and in the life of all countries. It is of crucial importance to the existence of people, animals, and vegetation. The settling of people in different regions of the Earth has always been closely dependant on the possibilities for water supply, parallel with those for providing food, shelter, and heat.

The increase in population, as well as the development and enrichment of mankind, in a number of places has reached a level at which the water supply, needed for the population, industry, irrigation, and production of electric power, has been brought to a critical point.

On the other hand, reserves of water on Earth are very large. They have been estimated to amount to 1.45 billion km3 (Grishin et al., 1979). If we assume that the above quantity of water is uniformly spread over the Earth’s surface, then the thickness of such a water layer would be almost 3,000 m. As much as 90% of that quantity is attributable to the water of oceans and seas, while the remainder of barely 10% belongs to lakes, rivers, underground waters, and glaciers, as well as moisture from water in the atmosphere. Only 1/5 of the freshwater, which is suitable for man’s life and activities, is available for use.

More than twenty large dams and over a hundred smaller ones have been built in the Republic of Macedonia, which have still only partially exploited the available water, and flood control remains incomplete. The majority of the large dams were built in the period from 1952 to 1982 while, principally because of the lack of investment, the past twenty years have seen the construction mainly of smaller dams with a height of up to twenty metres and a reservoir volume of 300,000 cubic metres.

In the next few years some two or three more large dams will be completed which will still not
satisfy the need for water for the water supply, for irrigation and for the production of electrical energy, which are continually on the increase. The situation in all developing countries is similar, so that dams will continue to be built in the future despite the resistance on the part of devotees of the unobstructed flow of rivers.

An important unfavourable circumstance, which renders difficult a more complete utilization of water, is the fact that it is very not uniformly distributed on the Earth’s surface – considering space, time, and quality. That is to say, particular countries and regions suffer from drought, while others possess too large quantities of water. Also, the very same region could, in the course of a particular period of the year, be exposed to drought, while suffering from floods in another period. In that way, water, that common nationwide wealth without which no life is possible, can be an irreplaceable friend to man, but also his great enemy if he is not able to utilize it in a correct manner and to keep it under control.

Hydraulic land reclamation, i.e. irrigation of land, or else drainage of excess water from a specific territory. At the moment, irrigation systems cover approximately 270 × 106 ha, or 20% of the total cultivated areas. In many countries, especially in developing ones, increased food production is only possible by improving or increasing irrigation. The greatest amount of water is spent on irrigation – 3⁄4 of total consumption in the world. Great efforts are made to develop effective ways of saving water by avoiding losses in distribution networks and by applying more skillful irrigation techniques.