you are here Accueil | ENGINEERING ARTICLES | Civil Engineering Articles | How does LiDAR work? 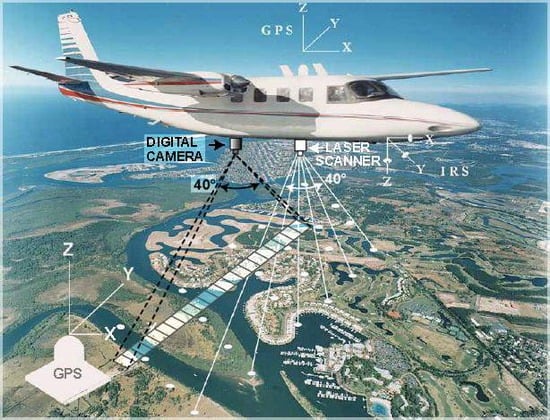 How does LiDAR work?

24 November 2017 Off By The Engineering Community

How does LiDAR work?

The principle behind LiDAR is really quite simple. Shine a small light at a surface and measure the time it takes to return to its source. When you shine a torch on a surface what you are actually seeing is the light being reflected and returning to your retina. Light travels very fast – about 300,000 kilometres per second, 186,000 miles per second or 0.3 metres per nanosecond so turning a light on appears to be instantaneous. Of course, it’s not! The equipment required to measure this needs to operate extremely fast. Only with the advancements in modern computing technology has this become possible.

The actual calculation for measuring how far a returning light photon has travelled to and from an object is quite simple:

The LiDAR instrument fires rapid pulses of laser light at a surface, some at up to 150,000 pulses per second. A sensor on the instrument measures the amount of time it takes for each pulse to bounce back. Light moves at a constant and known speed so the LiDAR instrument can calculate the distance between itself and the target with high accuracy. By repeating this in quick succession the insturment builds up a complex ‘map’ of the surface it is measuring. With airborne LiDAR other data must be collected to ensure accuracy. As the sensor is moving height, location and orientation of the instrument must be included to determine the position of the laser pulse at the time of sending and the time of return. This extra information is crucial to the data’s integrity. With ground based LiDAR a single GPS location can be added for each location where the instrument is set up.

Generally there are two types of LiDAR detection methods. Direct energy detection, also known as incoherent, and Coherent detection. Coherent systems are best for Doppler or phase sensitive measurements and generally use Optical heterodyne detection. This allows them to operate at much lower power but has the expense of more complex transceiver requirements. In both types of LiDAR there are two main pulse models: micropulse and high-energy systems. Micropulse systems have developed as a result of more powerful computers with greater computational capabilities. These lasers are lower powered and are classed as ‘eye-safe’ allowing them to be used with little safety precautions. High energy systems are more commonly used for atmospheric research where they are often used for measuring a variety of atmospheric parameters such as the height, layering and density of clouds, cloud particles properties, temperature, pressure, wind, humidity and trace gas concentration. Lasers are categorised by their wavelength. 600-1000nm lasers are more commonly used for non-scientific purposes but, as they can be focused and easily absorbed by the eye, the maximum power has to be limited to make them ‘eye-safe’. Lasers with a wavelength of 1550nm are a common alternative as they are not focused by the eye and are ‘eye-safe’ at much higher power levels. These wavelengths are used for longer range and lower accuracy purposes. Another advantage of 1550nm wavelengths is that they do not show under night-vision goggles and are therefore well suited to military applications.

Airborne LiDAR systems use 1064nm diode pumped YAG lasers whilst Bathymetric systems use 532nm double diode pumped YAG lasers which penetrate water with much less attenuation than the airborne 1064nm version. Better resolution can be achieved with shorter pulses provided the receiver detector and electronics have sufficient bandwidth to cope with the increased data flow. The speed at which images can be developed is affected by the speed at which it can be scanned into the system. A variety of scanning methods are available for different purposes such as azimuth and elevation, dual oscillating plane mirrors, dual axis scanner and polygonal mirrors. They type of optic determines the resolution and range that can be detected by a system. The photodetector is the device that reads and records the signal being returned to the system. There are two main types of photodetector technologies, solid state detectors, such as silicon avalanche photodiodes and photomultipliers.

Fundamentals of Earthquake Engineering
Join us on Telegram