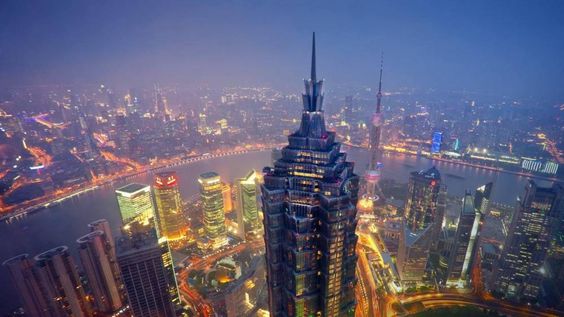 Financial Center in mainland China, Jin Mao Tower is located in the center

of Lujiazui Finance and Trade Districts in Pudong.

and the strongest level of typhoon.

The tower has an observatory (with a floor space of 1,520 square metres)

It is the largest and highest observation deck in China.

The maximum elevator speed is 546 m/min

The architect, Adrian D. Smith, of this skyscraper ingeniously combined the elements of

traditional Chinese culture with the newest architectural styles of the time, which makes it one

of the best-constructed buildings in China.