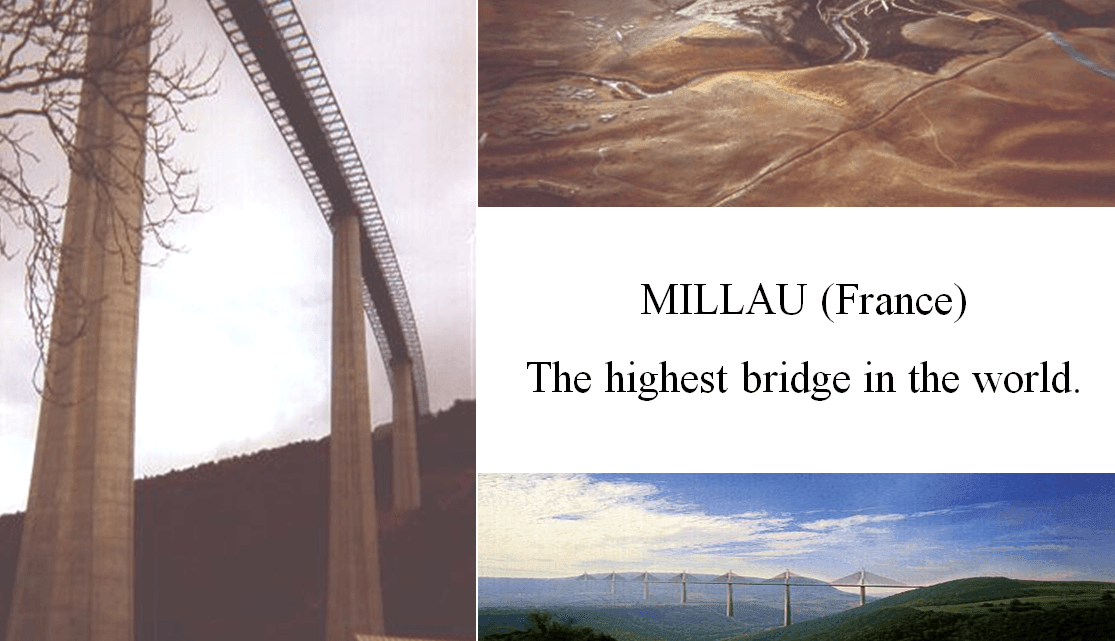 Millau, the highest bridge in the world Presentation

Millau, the highest bridge in the world Presentation

The construction of the Millau viaduct in the southeast of France was a colossal engineering effort. The piers rise 803 feet from ground level, and the bridge weighs 400,000 tons.

The bridge is supported by seven huge pillars. When the thickness of the platform (14 feet) and the height of the pillars are included, the total height reaches 1102 feet. That is about 50 feet higher than the famous Eiffel Tower.

Construction of this bridge required more than 350,000 tons of concrete and 40,000 tons of steel. Assembled with the precision of a Swiss watch, this giant was designed to resist winds of up to 130 miles per hour and has cost almost 300 million euros (US$523 million).

Built across the mountainous terrain of the Tarn river valley, the 8071-foot long bridge is part of the A-75 freeway that connects the cities of Clermont-Ferrand and Béziers. It will shorten by more than 60 miles the route connecting Paris with the Mediterranean.

Seven European countries participated in construction of the bridge, the design of which was the work of the prestigious British architect, Sir Norman Foster, of Manchester, England.