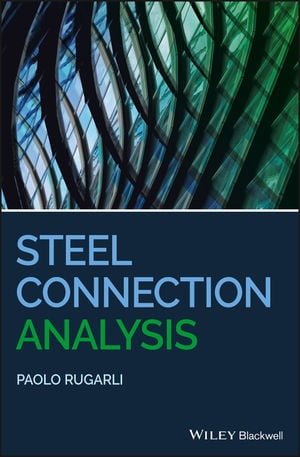 10 July 2018 Off By The Engineering Community

Steel connection analysis and checking is one of the most complex problems in structural engineering, and even though we use very powerful computing tools, it is still generally done using very simplistic approaches.

Fromthe point of view of a typical structural engineer, the problem to solve is to design and check nodes, not single connections, i.e. a number of connections between a number of different members – maybe tens or even hundreds of load combinations, inclined member axes, and generic stress states.

In a typical 3D structure there may be several tens of such nodes, or maybe even hundreds, which may be similar, or may be different from one another; identifying nodes that are equal is one of the problems that the designer has to face in order to reduce the number of different possible solutions, and in order to get a rational design. However, this problem of detecting equal nodes has not been sufficiently researched, and there are currently no tools that are able to properly solve this issue.

If posed with the due generality, the problem of checking 3D nodes of real structures has not been solved by automatic computing tools. Also, because a general method of tackling all these problems is apparently still lacking, usually a few “cooking recipes” have been used to solve a limited number of typical, recurring (2D assimilated) nodes.

Indeed, it often happens that true, real world nodes have to be analyzed by such recipes, despite the fact that the basic hypotheses needed to apply these recipes do not always hold true. This poses a serious problem because although these “cooking recipes” have been widely used, in the past few years they have been applied to 3D structures designed using computer tools, in the non-linear range, perhaps in seismic areas, and with the aim of reducing the weight of steel.

The effects of such oversimplification have already been seen in many structures where steel connections have failed, especially in seismic areas (e.g. Booth 2014), but even in non-seismic areas (e.g. White et al. 2013, Bruneau et al. 2011). Generally speaking, it is well known that connections are one of the most likely points of weakness of steel structures, one of the most cumbersome to design – indeed one of the least designed – and one of the least software-covered in structural engineering.