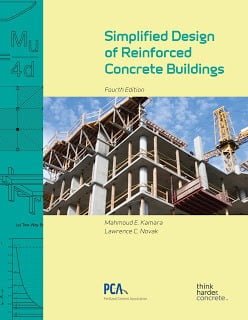 3 July 2018 Off By The Engineering Community

There is a little doubt that the construction of a very tall building, a large domed arena, or any other prominent
mega structure attracts the interest of a great number of structural engineers. The construction of such
structures usually represents the highest level of sophistication in structural design and often introduces
daring new concepts and structural innovations as well as improvements in construction techniques.
The Building Code Requirements for Structural Concrete (ACI 318) is an authoritative document often adopted and
referenced as a design and construction standard in building codes around the country as well as in the
specifications of several federal agencies, its provisions thus becoming law. Whether ACI 318 is enforced as part
of building regulations or is otherwise utilized as a voluntary consensus standard, design professionals use this
standard almost exclusively as the basis for the proper design and construction of reinforced concrete buildings.
Many structural engineers have the desire to become professionally involved in the design of such distinctive
buildings during their careers. However, very few projects of this prestigious caliber are built in any given year.
Truly, the building universe consists largely of low-rise and small-area buildings. Figure 1-1 shows the
percentage of building floor area constructed in 2002 in terms of different building height categories. The
figure shows that the vast majority of the physical volume of construction is in the 1- to 3-story height range.