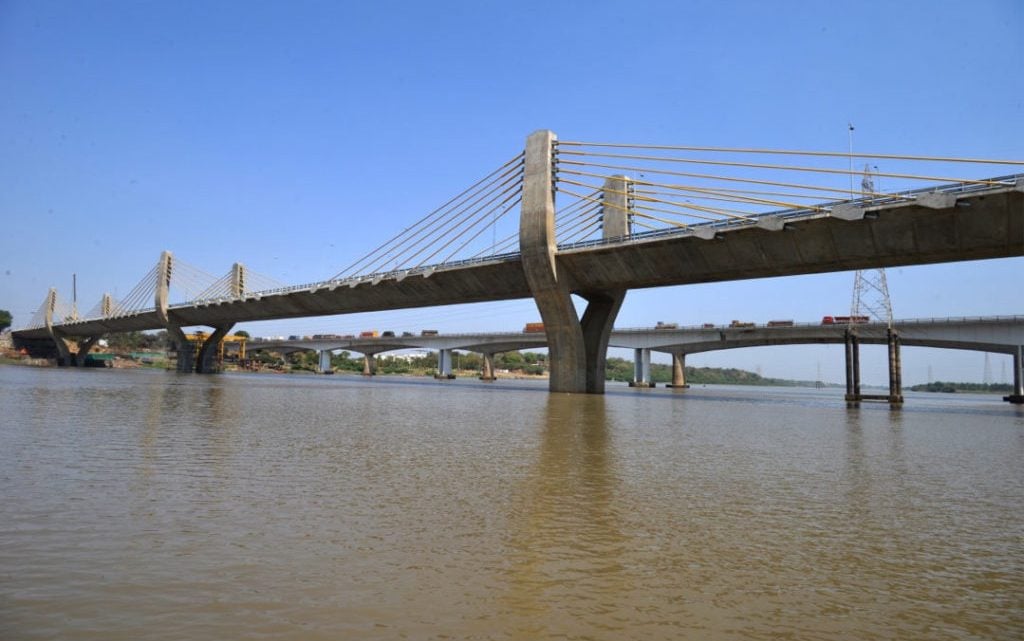 Shrinkage cracks in concrete occur when excess water evaporates out of the hardened concrete, reducing the volume of the concrete.

Deformation of structure under sustained load. It’s a time dependent phenomenon. This deformation usually occurs in the direction the force is being applied. Like a concrete column getting more compressed, or a beam bending.
Creep does not necessarily cause concrete to fail or break apart. Creep is factored in when concrete structures are designed.

Eccentricity = y top of composite section – half of slab thicknes

(for top and bottom stresses)

Design of piers For Vessel collision force
Join us on Telegram