you are here Accueil | ENGINEERING ARTICLES | Civil Engineering Articles | Construction | What is a truss Bridge ? Types of Bridge Trusses 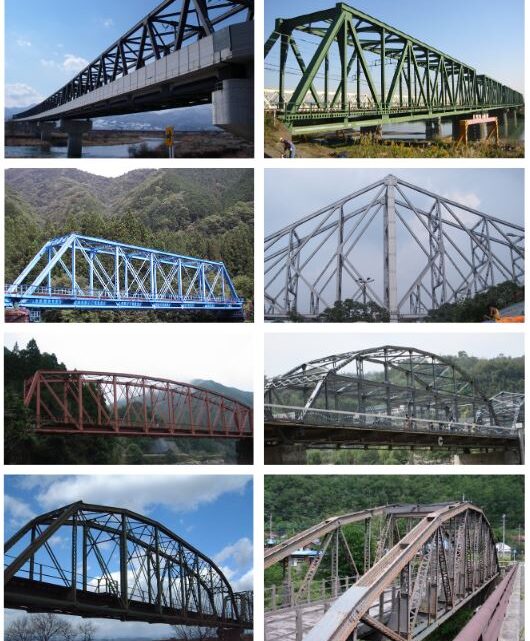 What is a truss Bridge ? Types of Bridge Trusses

2 November 2021 Off By The Engineering Community

What is a truss Bridge ? Types of Bridge Trusses

Definition of a truss Bridge:

Truss is a structure of connected elements forming triangular units, and a bridge whose load-bearing superstructure is composed of a truss is a truss bridge.

From a mechanical point of view, truss structures are highly efficient in using the strengths of construction materials due to the fact that only axial forces are resisted in truss members.

Truss bridges are one of the oldest types of modern bridges. Trusses are generally assumed as pinned connection between adjacent truss members. Therefore, the truss members like chords, verticals, and diagonals act only in either tension or compression. 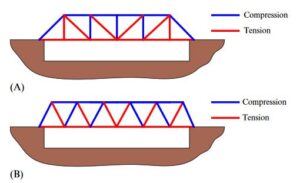 Axial forces in truss bridges under deadweight. (A) Pratt truss. (B) Warren truss.

Moreover, a truss is generally more rigid than a beam because a truss is composed of a variant of triangles and it has the ability to dissipate a load through the whole truss. The truss bridge is also called a beam bridge with braces.

For modern truss bridges, gusset plate connections are generally used, then bending moments and shear forces of members should be considered for evaluating the real performance of the truss bridges, which is achieved by the aid of finite element software.

For the design point of view, however, the pinned connection assumption is considered for security concerns and also for simplifying the structural design and analyses.

In addition, as the axial forces (but not bending moments and shear forces) are generally governs the stress conditions of the members, such assumption generally will not cause large errors between the real bridges and the design models.

According to this assumption, the truss members can be in tension, compression, or sometimes both in response to dynamic loads.

Owing to its simple design method and efficient use of materials, a truss bridge is economical to design and construct. 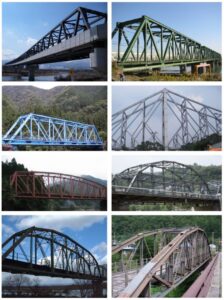 All these truss configurations can be used as an underslung truss, a semithrough truss, or a through truss bridge.

Pratt trusses have diagonals sloping downward toward the center and parallel chords. 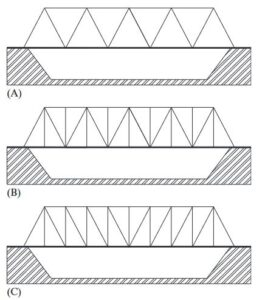