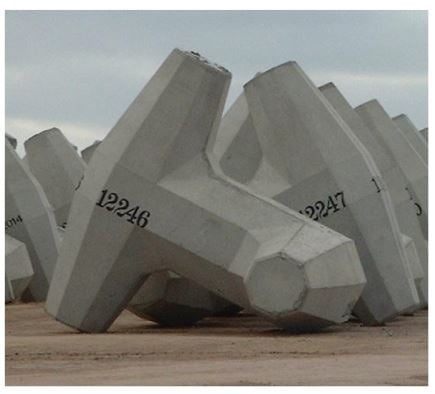 The Main Types Of Coastal Structures

21 February 2020 Off By The Engineering Community

The Main Types Of Coastal Structures

Coastal structures, as their name implies, are structures situated on the coastline or inclose proximity to it, and they can comprise everything from seawalls to coastal bridges or even coastal buildings.

Coastal structures differ from port structures in that they have to deal with the effects of direct sea action from waves and sediment movement, as well as possible sea splash and spray. Wave action applies direct loads to sea walls and coastal jetties, and breakwater and revetment structures are required to absorb the wave energy. Sediment movement and wave action can cause abrasion of the structure.

Seawalls are constructed to protect land assets from sea action. They usually have a curved shape designed to redirect the flow from a breaking wave back in a sea ward direction and there by minimise overtopping. The wall therefore has to resist the full impact force of the breaking wave and the long-term effect of erosion and abrasion from water and water-borne sediment. A typical seawall structure is shown in Fig.1. 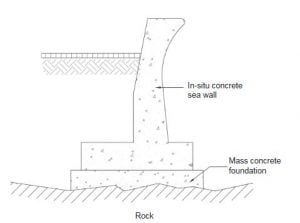 Fig.1. Typical seawall cross-section. When constructing on rock, a rough foundation isusually donefirst, and on top of this the formed wall profile is cast

Both in-situ and precast concrete elements can be used, depending on the particular configuration of the wall (Fig.2) 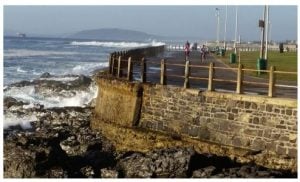 The most common form of contemporary breakwater and revetment construction consists of an armoured rock rubble mound with a concrete capping. Breakwatersare normally freestanding and form the outer protection for a harbour. Revetments are constructed along a shoreline and protect it from wave attack.

The breakwater or revetment armour may consist of large-size rock or precast con-crete units depending on the design wave parameters. There are practical limits to the size and mass of armour rock that can be quarried due to the inherent geological joints, and therefore precast concrete units are used when a greater armour unit mass isrequired.

The concrete capping serves to reinforce the top of the mound and provide a roadway for in-service maintenance.

Fig. 3 shows a typical rubble-mound break-water cross-section with a cast in-situ plain concrete cap. The cap needs to be heavy enough to resist the wave loads that impact onto the splash wall on the seaward side and would typically be a minimum of 1m thick.

Sometimes a vertical wall is used as a breakwater instead of a rubble mound. KalkBay harbour on the Cape Peninsula is an example of an old vertical wall breakwater that was constructed from mass concrete blocks.

More common nowadays is to construct the wall from caissons, as shown in Fig.4.

Fig.3. Rubble-mound breakwater cross-section. Plain concrete is used for the armourunits and the cap, although some reinforcement may be needed to strengthen the splash wall 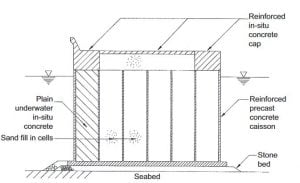 Fig.4. Typical caisson breakwater. The precast caisson used for breakwaters is usually ofsimilar form to those described in the quay wall section and is sand-filled and topped by a plainconcrete cap.

A large variety of precast concrete armour units have been invented over the years, from a simple cube to complex shapes such as the cob and tetrahedron, and a selection of these are illustrated in Fig.5. 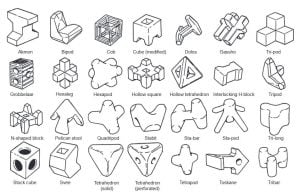 Breakwater armour units are typically plain, unreinforced concrete without any steel reinforcement. Some units are used in single layers, and some require two layers to pack and function correctly. When properly packed on a breakwater, armour units move very little, and there is no need for them to be reinforced to resist the hydraulic loads from the wave impact.

Attempts have been made to reinforce armour units to resist the forces that occur, should the units move if improperly packed, but this has never been successful due to the very high impact forces that occur.

The dolos armour unit originates from South Africa and has been used extensively around the world as it is economical, requiring less concrete per square metre of break-water surface area than most other units. It is a double-layer unit, and its shape has evolved as the design has been used and improved.

The current dolos shape has a relatively thicker waist and filleted corners in comparison to the original one.The largest dolosse that have been used in South Africa are the 30-tonne units on the Ngqura harbour breakwaters in the Eastern Cape (Fig.6). 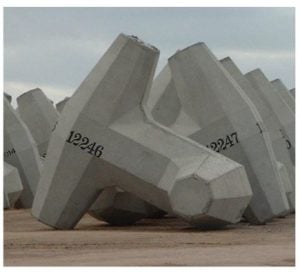 As armour units are unreinforced, the tensile capacity of the concrete is an impor-tant functional requirement, as is good-quality casting. Any cracks or large surface defects can have a detrimental effect on the performance of the unit. Cracks cause a reduction in the cross-sectional area of the unit, and if this is at a critical section such as the intersection of the waist and fluke of a dolos, the section can be significantly weakened. Large surface defects may also cause structural weakness oran under weight unit and hence loss of stability.

In deep water, it is sometimes economical and practical to construct the breakwater structure using reinforced concrete caissons instead of a rock rubble mound. The width and height of the caissons are sized to resist the hydrostatic pressures from the impact of the design wave. Wave conditions at the site have to be suitable for caisson placing, with sufficiently long periods of time when wave heights are less than 1 m, to positionand sink the caisson (Fig.7). 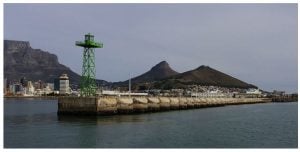 Fig.7. Port of Cape Town breakwater. The end section of the breakwater is constructedfrom seven caissons, each with four round cells. The caisson ends just above the layer ofmarine growth and is topped with a solid, plain concrete cap

Jetties are constructed in exposed coastal locations for a variety of functions, including cargo export/import, sand bypass facilities, seawater intakes, effluent outfalls and beach groynes. Coastal jetties are designed and constructed using similar principles to jetties located within protected harbours, except that the design of the jetty has to take into consideration the hydrodynamic loads resulting from the waves and ocean currents at the site.

Where possible the jetty superstructure is located above the maximum wave crest level to avoid the impact loads from the waves (see Fig. 2.8). 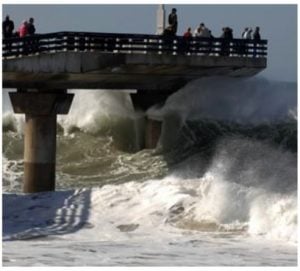 Fig.7. Coastal jetty wave impact. This is the groyne jetty at Hobie Beach in Port Elizabethand is subject to depth-limited waves.

All Types of Expansion Joints in Buildings Autocad Drawing