you are here Accueil | STORIES | NEWS | The Tallest Skyscrapers Under Construction 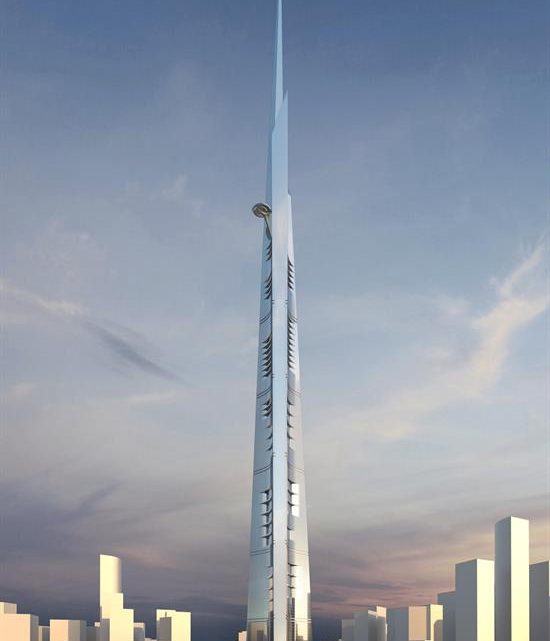 The Tallest Skyscrapers Under Construction

8 May 2019 Off By The Engineering Community

The Tallest Skyscrapers Under Construction

FROM humble beginnings in Chicago and New York in the late 19th Century, skyscraper construction has proliferated.

Now appearing in almost every major city on our planet, these remarkable vertical structures enable us to live and work in densely developed urban areas, maximising value from their sites.

But with engineering techniques and technology advancing, the next generation of skyscrapers take things to a different level.

To celebrate these structures and demonstrate their impact across the world, we have travelled from east to west and looked at the tallest skyscraper currently under construction on each of the six inhabited continents.

It’s important to recognise that the status of development projects can change quite regularly prior to construction work commencing – and, as you will you see in several instances in this video, even thereafter.

To select projects, we have stipulated that each scheme must have at least broken ground at the time of publication.

We begin our journey down under with Melbourne’s supertall Australia 108 tower.

Originally intended to stand 388 metres high, the scheme was scaled back to meet aviation requirements and is now set to be 317 metres tall when completed in 2020.

Above: Australia 108 will be the first building in the Southern hemisphere to contain 100 floors (image courtesy of Fender Katsalidis Architects).

Built in the historically swampy area of the city’s Southbank, Australia 108 required more than 150, 2.1 metre diameter piles to be drilled to depths of up to 45 metres.

Passing the 200-metre mark in October 2018, the building is now two thirds complete. Remarkably, the first residents began to move into the lower levels of the tower in June 2018 with more than 50 storeys still to be constructed above them.

Above: The first residents began to move into the tower in 2018 while the upper levels were still under construction (image courtesy of Redden).

Once fully completed, Australia 108 is set become the country’s second tallest building – after the 322 metre Q1 on the Gold Coast – and the first building in the Southern hemisphere to have 100 storeys.

Quite literally topping the list – not just in Asia, but worldwide – the Jeddah Tower is currently under construction in Saudi Arabia.

While its official height is being kept under wraps, the structure is expected to stand over a kilometre tall, surpassing Dubai’s Burj Khalifa to become the world’s tallest building when it competes in 2021.

Above: At more than a kilometre tall the Jeddah Tower will become the tallest man-made structure in the world upon completion (image courtesy of Adrian Smith + Gordon Gill Architecture).

Designed by the same architect, the design of the Jeddah Tower features a number of similarities to the Burj Khalifa; including a three-point base, tapered profile and an impressive spire.

The project has proven controversial since inception. Despite construction work commencing in 2013, progress has been very slow and the tower remains unfinished.

Like other schemes on our journey, the Jeddah Tower’s completion has been plagued with doubt and the scheme was recently placed on-hold due to a number of factors, including two of its backers being caught-up in Saudi Arabia’s anti-corruption purge and financial difficulties resulting from a 70% drop in the value of the tower’s main developer, the Kingdom Group, since 2014.

Above: Despite construction commencing in 2013, the tower has only managed to rise to around 300 metres (image courtesy of the Jeddah Economic Company)

Currently standing around 300 metres high, the official word from developers is that the project is still progressing. But with little movement seen over recent months – aside from the construction of some ground-level amenities – the tower’s 2021 completion date could be delayed.

Giving Africa its first supertall skyscraper, the Pinnacle is set to rise 320 metres above Nairobi in Kenya, surpassing the 222 metre Carlton Centre in Johannesburg and becoming the continent’s tallest building.

With the wider development, in fact, consisting of two towers, the 67 storey structure will provide office space, luxury residential apartments and amenities including a helipad for residents and commercial tenants.

Above: The Pinnacle is set to become the first supertall skyscraper in Africa upon its completion (image courtesy of White Lotus Group and Hass Petroleum)

With initial pilling and foundation work commencing in 2017, the project was halted early in 2018 due to disputes over land ownership.

Though not officially on-hold, the project is currently postponed until at least February 2019 when the case is set to go before the courts.

Should the project be cancelled, the 250 metre Bank of Africa Tower in Morocco, which commenced construction in November 2018, would take the title of Africa’s tallest building.

With the topping-out of the Lakhta Center in St Petersburg, the 435-metre Akhmat Tower in Chechnya officially became the tallest building under construction in Europe according to the Council on Tall Buildings and Urban Habitat (CTBUH).

Though officially under construction and enjoying strong support from the Chechen government, the project remains postponed, with only the foundation works completed to date.

Above: The Akhmat Tower is set to rise 435 metres over the Chechen city of Grozny (image courtesy of Adrian Smith + Gordon Gill Architecture).

The project is facing a range of challenges from questions over the disclosure of its investors and the need for a building of this scale in a city of only 270,000 people, to rumours of costs soaring from USD $500M to more than USD $1BN and the completion date slipping back from 2020 to 2024.

With the project looking uncertain, Warsaw’s Varso Tower could be considered the tallest skyscraper currently under construction in Europe with its final height set to reach 310 metres.

Heading to South America, the twin towers of the Yacht House Residences Club in Brazil are expected to complete in 2019.

Though not reaching supertall status these 271 metre, 81 storey towers will become the tallest buildings in Brazil and second tallest on the continent once completed.

Above: Brazil’s twin-tower Yacht House Residence Club will are due for completion in 2019 (image courtesy of Pininfarina).

With a comparatively small population of just under 400,000, the beachside resort of Balneario Camboriu is soon to be home to 6 of the 10 tallest buildings in Brazil and will have the same number of skyscrapers – that is, buildings exceeding 150 metres in height – as Rio and Sao Paulo combined.

Finally, in North America, New York’s Central Park Tower is set to become the second tallest building in the United States after One World Trade Center and world’s tallest residential building when it completes in 2020.

First breaking ground in 2014, the tower will feature 95 habitable floors.

Above: The Central Park Tower cantilevers over a neighbouring building to increase the size of its floor plate (image courtesy of Andrew Nelson).

Retailer Nordstrom is set to occupy the first seven levels, while the summit will feature a three-storey penthouse priced at USD $95M.

As the tower clears surrounding buildings, it increases its floor area by cantilevering over the Art Students League of New York building; a move made possible after developers purchased air rights from the neighbouring property.

Above: Upon completion, Central Park Tower will become the tallest residential building in the world (image courtesy of Extell).

Having surpassed the halfway mark, Central Park Tower is the now the latest is a series of super-slender residential towers to appear on the Manhattan skyline, as developers seek to drive value from small parcels of land in one of the world’s most densely populated cities.