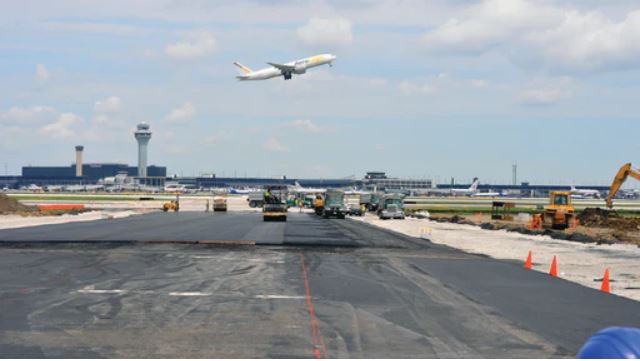 What is Warm Mix Asphalt (WMA) ?

15 January 2021 Off By The Engineering Community

What is Warm Mix Asphalt (WMA) ?

The increase of scheduled commercial flights at busy civil airports have made it imperative that airfield pavement rehabilitation and asphalt overlay be performed without disrupting airport operations.

For this purpose, the off-peak period (nighttime) construction has become one practical solution for airport authorities. Using this approach, the airfield facilities are closed at night for a few hours when the flight volume is at the lowest, and then quickly opened to air traffic in the next morning.

During this closed period, aircraft will use other runway facilities, if parallel runways are available, or airport operation will be postponed. Time is the essence of the construction during the off-peaktime.

The typical unoccupied time of airfield pavement rehabilitation is as short as 6–8 h per night. It is a period from 23:00 to 6:00 that was specified for runway overlay in Fukuoka airport. The similar night time construction period can also be found in these following airport projects: San Diego International airport in1980 (8 h), Frankfurt airport, Germany, in 2005 (8 h)and Hong Kong airport in 2006 (8 h).

Rapid construction is expected to reduce the disruption due to the airport closure and allow more time for contractors to produce the maximum volume of asphalt each night to achieve satisfactorily constructed pavement.

One of the approaches for rapid night time construction is to shorten the cooling time of freshly paved asphalt overlay. In this case, with its advantage of lower production and compaction temperature, warm mix asphalt (WMA) gives an advantage of a lower cooling time of asphalt; thus, the pavement can be quickly opened to traffic.

The use of WMA technology for airport pavements has been few until now. The technology has more popularly been adopted for road pavement projects than airfield pavements. However, extensive research has been carried out in the last few years on the use of WMA for airside applications.

Recent evidence suggests the suitability of using WMA for airfield pavement. Although considerable researches have been done, there has been no detailed investigation into the advantages of the use of WMA on shortening the construction time of pavement.

From sketch BIM to design BIM