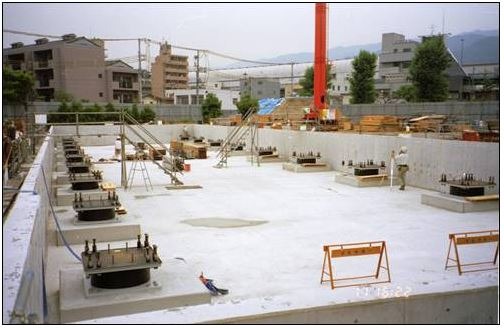 All about Seismic Isolation

7 November 2019 Off By The Engineering Community

All about Seismic Isolation

Seismic isolation (commonly referred to as base isolation) is a construction method for protecting buildings, in which the building and ground are separated by an isolation system to limit the transmission of vibrations through the building. It reduces the earthquake force and changes it to a slow vibration, so not only the building, but also everything inside is protected.

In recent years base isolation has become an increasingly applied structural design technique for buildings and bridges in highly seismic areas. Many types of structures have been built using this approach, and many others are in the design phase or under construction.

Seismic Isolation System is a collection of structural elements that should substantially decouple a structure from the horizontal components of ground shaking thus protecting the building’s integrity. Isolation System consists of  Isolation Units with or without  Isolation Components.

Accelerated aging tests demonstrate that base isolators for foundations could be used without problems for up to 80 years.
As a practical example, in Australia, rubber bearings installed on a bridge over 100 years ago are still in service without any problems.

Displacement of the isolation system

Although it depends on the earthquake and type of isolation system used, an isolator for a building will move about 20 to 30 cm in each direction in a major earthquake.
Around buildings with isolation systems, there is a 40 to 50 cm clearance for movement. 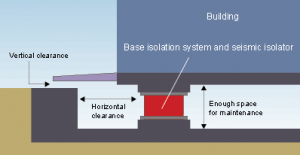 Isolation systems are designed so that the building will move back to its original position.

In current isolation systems, vertical motion is not considered, because it is horizontal vibrations that cause objects to fall.
For example, if you apply a vertical vibration to an object at rest on a board, it is hardly disrupted. But if you jolt the board horizontally, the object will fall.

Isolation systems require little fire resistance because they are usually installed under lowest floor of a building, where inflammable materials and ignition sources are not normally found.

However, if multilayer rubber bearings are installed in the middle floor where a possibly of fire exists, some fire resistant protection is required.

Isolation systems with high durability do not require replacement. To maintain reliability and safety, periodic inspection of the building and the isolators is recommended.

After it is struck by an earthquake with a seismic intensity greater thn 5, basic inspection is required.

Position of the seismic isolation system

In addition to underground systems, other places such as the ground floor and liddle floor can also be suitable, as shown in the figure below. The position of the isolators depends on the function and design of the buildings.

Islotation syystem can be applied to the whole site to create a local disaster prevention area. 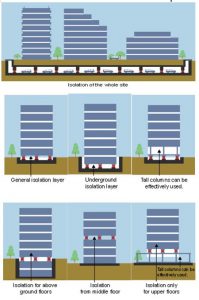 Fig 3. Position of the seismic isolation

Cost of the seismic isolation system

There are various other expenses other than the isolators.

However, there are also benefits such as reduction in thhe required size of the structural members. The percentage of the cost for seismic isolation reduces for taller buildings.

Generally, the additional cost for an isolation system installed in a building with over ten strories is 2 to 3% of the total construction cost.

In addition, considering that seismic isolation improves safety during an earthquake and saves repair costs after an earthquake, the lifecycle cost of a building can be reduced.