you are here Accueil | ENGINEERING ARTICLES | Civil Engineering Articles | Construction | What is base isolation for a structure? 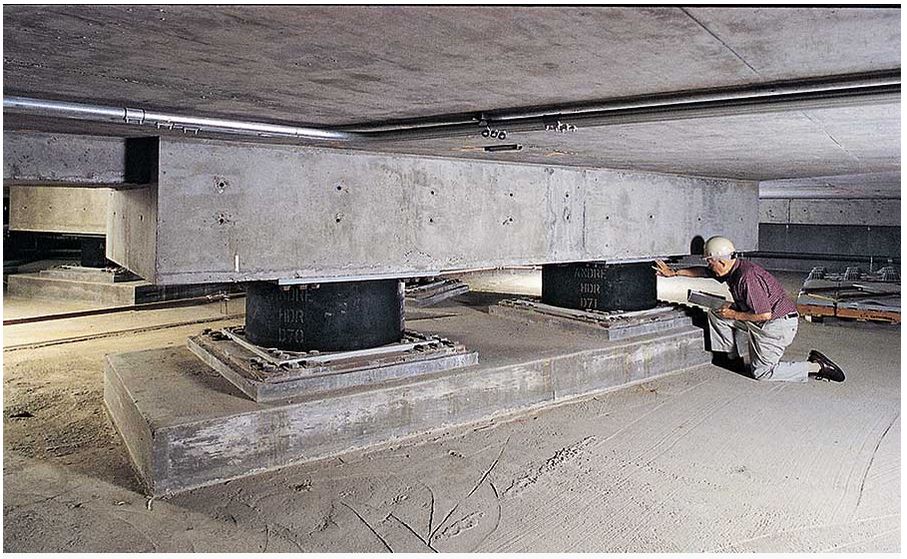 7 November 2019 Off By The Engineering Community

An earthquake has been a major threat to human kind and the world, in the unrecorded and recorded human history. It causes an active shakingdue to volcanic eruption, which causes the failure of weak and badly designed structures, leading to the innumerousfatalities.

Base isolation technique is commonly adopted as safety precaution in earthquake prone areas all over the world. It has been used in New Zealand, as well as in India, Japan, Italy and the USA.

In order to reduce the effects and damages caused by an earthquake, base isolation is implemented in the foundation section of the structure.

This system is designed to take the weight of the building and let the foundations move sideways during the earthquake. It provides flexibility at the supports of a structure in the horizontal plane. Seismic isolation can increase the performance expectation of structure in life and also minimizes damage.

Base isolation is the best method adopted for earthquake resistant building. It is the method of providing a support to the foundation for the buildings in seismic zones as it enables the reduction in earthquake induced forces by increasing the period of vibration of the structure.

This technique of base isolation not only prevents the earthquake from any serious damages but also maintains functionality. Building remains operational after earthquake…

How do base isolators work?

It is a technique to prevent building during an earthquake. A fixed-base building (builtdirectly on the ground) will move with an earthquake’s motion and can sustain extensive damage as a result. Base isolators work in a similar way like car suspension. It is not suitable for all types of structures and is designed for hard soil, not soft.

Apart from bearing and sliding type, there are some other types of isolators, which are also used in building but rarely. Springs, rollers, sleeved piles are some examples of such isolators.

All about Seismic Isolation
Join us on Telegram