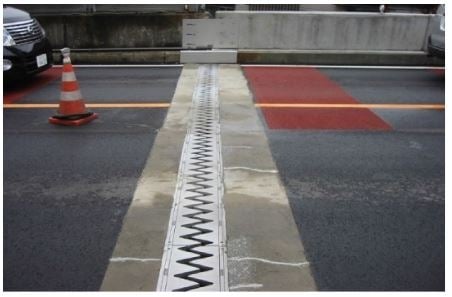 Bridge expansion joints are designed to adjust its length accommodating movement or deformation by external loads, shrinkage, or temperature variations, and allow for continuous traffic between bridge structures and interconnecting structures (another bridge or abutment).

It was suggested that expansion joints fall into three broad categories depending upon the amount of movement accommodated (Malla and Shaw, 2003), including:

If a bridge is subjected to a dynamic moving load, the response varies withthe time. Until recently, the dynamic requirements of bridge expansion joints to be taken into consideration were relatively less important.The design methods of the expansion joints were meant to deal with the structural problem in statistical terms by using the so-called dynamic factoror impact factor.

The role of expansion joints is to carry loads and provide safety to the traffic over the gap between a bridge and an abutment or between two bridges. A further requirement is a low noise level especially in densely populated area.

On the basis of the fact that the failure due to impact loading is the main reason for the observed damages, we shall focus our attention to the impact factor for vehicle load that is governed by traffic impact because it differs from the static loading.

The cantilever-toothed aluminum joint (finger joint) is one of the promising joints under impact loading to overcome this difficulty. From the viewpoint of design methodology, numerical studies for impact behavior were conducted for aluminum alloy expansion joints withperforated dowels. The design impact factor for the expansion joints with the perforated dowels against traffic impact loading was examined by using numerical simulations, in which the dynamic amplification factor defined as the ratio of dynamic to static response was compared at various input-load patterns to the factors for expansion joints (Figs.2. and 3). 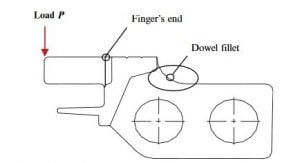 The mechanical characteristics can be considered as indicators of the dynamic behavior so that the durability of an expansion joint is nothing more than the maintenance of performance in time. The value of frequencies and damping of the different modes is the main indicator. In laboratories, these characteristics can be more or less simulated, but the correlation with the situ behavior is not so easy. More precise methods of impact effectcontrol must be established to facilitate the appreciation of the stage of the cumulative damage.