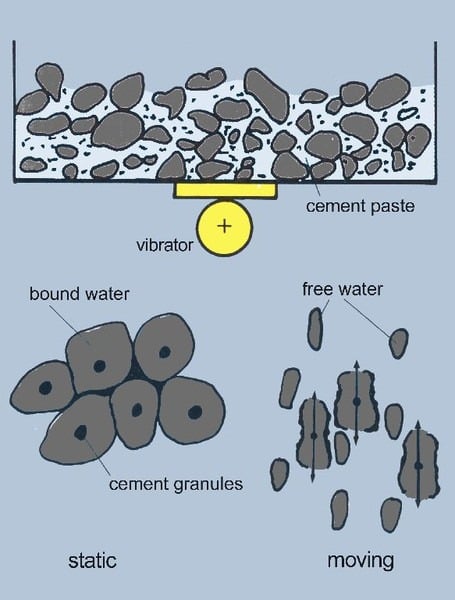 25 January 2019 Off By The Engineering Community

What factor has a greater effect on concrete compressive strength than any other? Most engineers would say water-cement ratio … as water-cement ratio increases strength decreases. Duff Abrams showed this in 1919, and Abrams’ law is the principle behind most concreting proportioning methods used today. But Abrams ran his tests on fully consolidated concrete.
Unless concrete is properly consolidated, voids reduce strength regardless of the water-cement ratio. And, as shown in Figure1, the effect is significant.
Right after it’s placed, concrete contains as much as 20% entrapped air. The amount varies with mixtype and slump, form size and shape, the amount of reinforcing steel, and the concrete placement method. At a constant water-cement ratio, each percent of air decreases compressive strength by about 3% to 5%. Consolidating the concrete, usually by vibration, increases concrete strength by driving out entrapped air. It also improves bond strength and decreases concrete permeability. 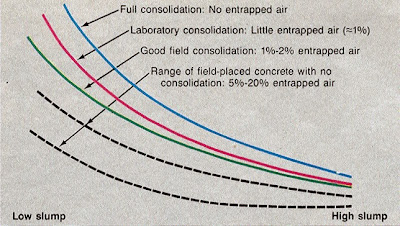 Figure 1. Degree of consolidation can have as much effect on compressive strength as water cement ratio. Low-slump concrete may contain up to 20% entrapped air when placed.

Vibration is a two-part process

The problems associated with overvibration include: 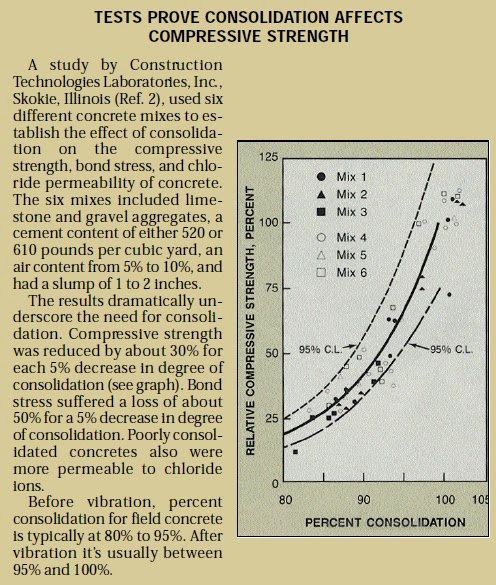