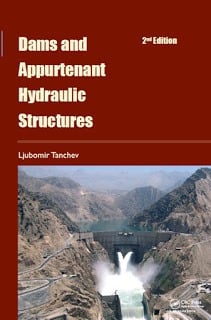 24 February 2018 Off By The Engineering Community

Water, one of the few natural resources without which there is no life, is distributed
throughout the world unevenly in terms of place, season and quality. For this reason it
is essential to construct dams on rivers, thus forming reservoirs for the storage and the
even use of water. To date, forty-two thousand large dams have been built worldwide,
and hundreds of thousands of smaller ones, which have made possible a rational use
of a certain amount of river water – the most important water resource for human
life and activity. Dams, together with their appurtenant hydraulic structures, belong
among the most complex engineering works, above all because of their interaction with
the water, their great influence on the environment and their high cost. Therefore great
significance is given to theoretical research relating to dams, to improving the methods
of analysing and constructing them, and to the knowledge gained in the course of their
exploitation. In the past forty years great progress has been made in this respect.

Water plays an exceptionally significant role in the economy and in the life of all coun-
tries. It is of crucial importance to the existence of people, animals, and vegetation. The
settling of people in different regions of the Earth has always been closely dependant
on the possibilities for water supply, parallel with those for providing food, shelter,
and heat. The increase in population, as well as the development and enrichment of
mankind, in a number of places has reached a level at which the water supply, needed
for the population, industry, irrigation, and production of electric power, has been

brought to a critical point.

On the other hand, reserves of water on Earth are very large. They have been
estimated to amount to 1.45 billion km3 (Grishin et al., 1979). If we assume that
the above quantity of water is uniformly spread over the Earth’s surface, then the
thickness of such a water layer would be almost 3,000 m. As much as 90% of that
quantity is attributable to the water of oceans and seas, while the remainder of barely
10% belongs to lakes, rivers, underground waters, and glaciers, as well as moisture
from water in the atmosphere. Only 1/5 of the freshwater, which is suitable for man’s
life and activities, is available for use.

Examples in Structural Analysis Second Edition
Join us on Telegram