you are here Accueil | ENGINEERING ARTICLES | Civil Engineering Articles | Construction | How to choose the Layout of a Bridge Deck Surface? 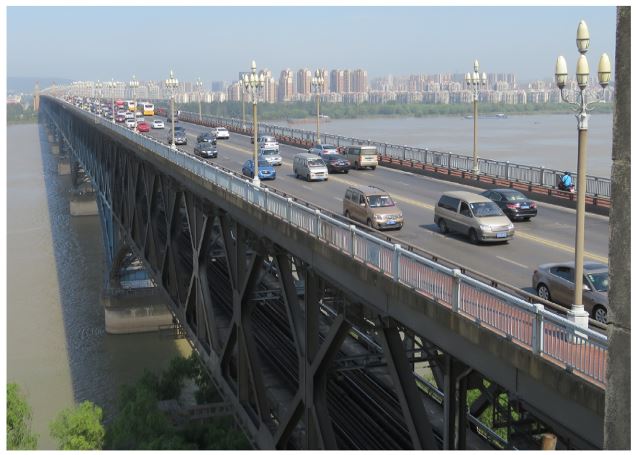 How to choose the Layout of a Bridge Deck Surface?

How to choose the Layout of a Bridge Deck Surface?

The layout of the bridge deck surface should be determined according to the deck width, the design speed, and the hierarchy of roads. In general,there are following three types.

Undivided carriageway denotes that the traffic load located at the same surface, also uplink and downlink, was not divided. As the motor vehicles and nonmotor vehicles on the same road surface, the traffic can only in middle or low speed, it can easily has traffic jam on the bridge.

To avoid the possible traffic jam on the carriageway, the carriageway can be divided by using the median strip, or sometimes the uplink and downlink located at two bridges. The separation between the uplink and downlink, or different transportation means such as the motor traffic and nonmotor traffic makes it become easy to control the traffic and improve the traffic capacity.

Double-decked bridges denote the bridges that have two levels deck system.Double decks were generally used for different means of transportation, which are useful for improving the traffic capacity and traffic control. In addition, such bridge can be used for reducing the bridge deck width and make full use of the clearance. Such as the Nanjing Yangtze River Bridge in Fig.1, which is a double-decked road-rail truss bridge across the Yangtze River China. Its upper deck is part of China National Highway, and its lower deck carries a double-track railway. 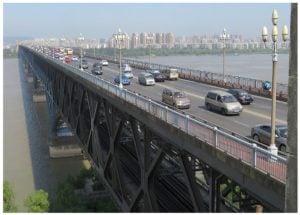