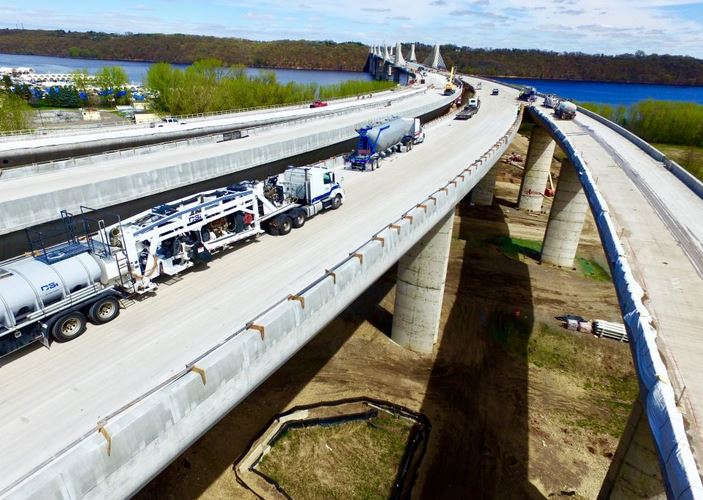 A bridge deck (or road bed) is the roadway, or the pedestrian walkway, surface of a bridge. The deck may be of either cast-in-situ or precast concrete, wood which in turn may be covered with asphalt concrete or other pavement. The concrete deck may be an integral part of the bridge structure (e.g., T-section beam structure), or it may be supported with I-beams or steel girders, as so-called composite bridges. The deck may also be of other materials, such as wood or open steel grating.

Sometimes the deck system is called a floor system, such as for a bridge deck that installed in a through truss. A suspended bridge deck will be suspended from the main structural elements on a suspension or arch bridge.On some bridges, such as a tied arch or a cable stayed, the deck is a primary structural element, carrying tension or compression to support the span. But for girder beams, the bridge deck system is not the load carrying system .Despite this, they are important for the bridge service ability, safety as well as the aesthetics. Thus, deck system deserves special attention in all bridge design and construction.

How to choose the Layout of a Bridge Deck Surface?
Join us on Telegram