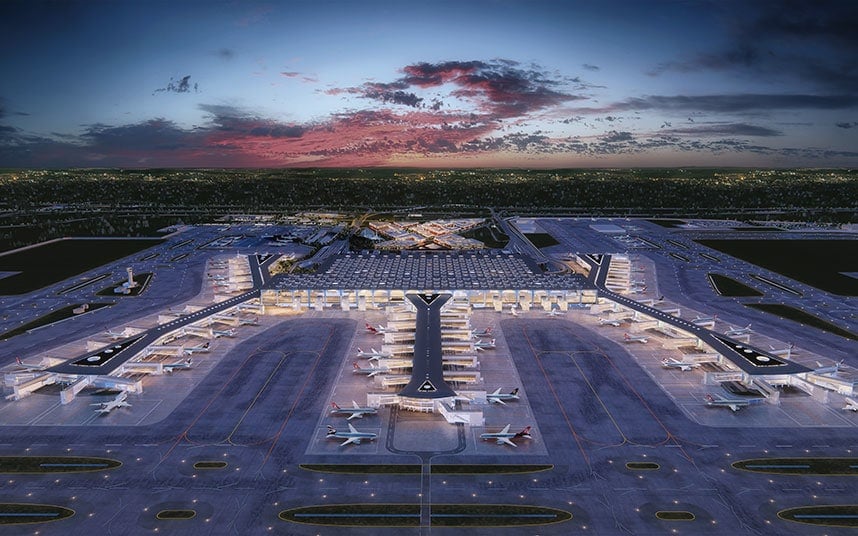 The hotel will be the trendy brand’s fifth at an airport, with its pod rooms already at both Heathrow and Gatwick, and eighth overall. The deal between the start-up and airport operator iGA will see Yotel’s 451-room (102 beyond security) property establish a base in Turkey, from where it plans to open another hotel in Istanbul city centre. The stylish, compact capsules at the heart of Yotel’s guiding principles are available to book by the four-hour period, allowing travellers with early or late flights a convenient stopping point at an airport, or those in transit the opportunity to sleep in a private space.

Yotel ceo Hubert Viriot told Telegraph Travel the Istanbul New Airport branch would be the company’s “flagship” hotel. As it stands, 14 more are in the pipeline, including one at Singapore Changi, an airport regularly voted best in the world. The remainder are planned for city centres. Viriot said Yotel is planning to open another hotel in central London, in Clerkenwell, and have a 50-strong portfolio by 2023.

“Cabins remain a very true concept for us,” he said. “A lot of our inspiration for the brand came from airlines, in terms of design and technology. “We were amazed at the premium cabins you can find on aircraft, and you are talking about minimal space.

“We are offering really well-designed rooms. Yes, they are compact, but they have all the luxury you may expect from an upscale hotel.”

The property at the new Istanbul airport will also boast a 24-hour gym, restaurant, bar and meeting room facilities.

Rachel Cranshaw, one of Telegraph Travel’s hotel experts, said of the Yotel cabins at London Gatwick: “Cabins (standard sleeping one; premium/premium twin sleeping two) are full of pleasingly high-tech and space-efficient innovations: sofas glide out into beds at the touch of a button; a control panel offers a number of different lighting arrangements (ideal if you’re jet-lagged); there’s a full-length mirror behind a small space for hanging clothes, and a shoe rack at the bottom of it; a table and chair fold out from the wall and there is ample shelving space and plug sockets. There’s also a Smart TV.

“Glass-fronted en-suites have hot, powerful rain showers – just the ticket after a flight, with fluffy towels for after. Toiletries are basic: a body wash/shampoo combo only, but a bag of additional useful products is available from reception for a small fee. There’s luggage storage under the bed, which is comfortable, with a feather duvet and plenty of pillows. Hairdryers are available to borrow from reception, along with alarm clocks, ear plugs, shower caps, and extra towels/pillows/blankets.”

Why is Istanbul getting a new airport?

Ataturk, the 15th busiest airport in the world, is full to the brim so is being replaced with Istanbul New Airport, which will open later this year. Ataturk, which was hit by a bomb attack in 2016, will cease operations shortly after.

The airport management iGA says the airport will have a capacity of 150 million passengers, with the potential for that to be increased to 200 million, making it the largest airport in the world. It will cover 76.5 million square metres north of Istanbul city centre. Once fully operational, it will boast six runways.

Turkish Airlines, which flies to more than 110 countries from Istanbul, will base itself at the new airport.