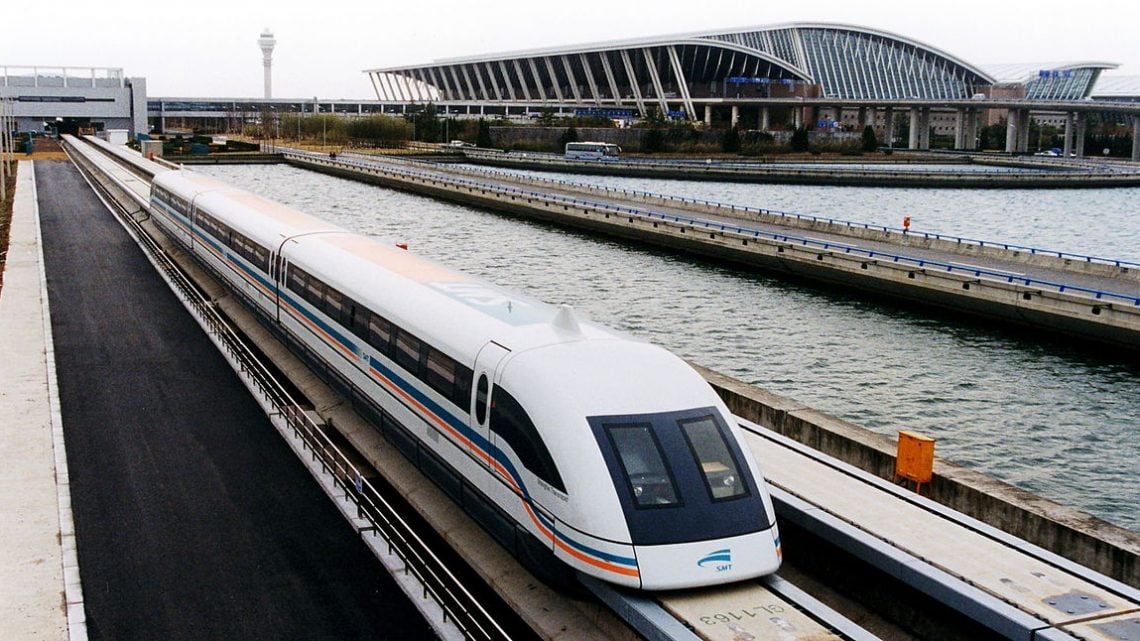 Top 10 Fastest Trains in the World

Traveling Europe by train is already faster than by plane right now, and Japan is testing a “Supreme” version of its popular high-speed trains, set for a 2020 debut ahead of the next Winter Olympics. You can’t ride that one just yet, but there are more than a few bullet trains available to speed up your travels. Here are the world’s fastest high-speed trains in commercial service, ranked by speed:

The world’s fastest train isn’t the newest, the shiniest, or even the one with the most expensive tickets. Charging $8 per person, per ride, the Maglev runs the nearly 19 miles from Shanghai’s Pudong International Airport to the Longyang metro station on the outskirts of Shanghai. That’s right—the train, which takes just over 7 minutes to complete the journey using magnetic levitation (maglev) technology, doesn’t go to the city center. As such, the bulk of the passengers since its 2004 debut have been travelers on their way to and from the airport, cameras out and ready to snap a photo of the speed indicators when the train hits 431 km/hr (267 mph).

China wins again, also serving as home to the world’s fastest non-maglev train currently in service. The name “Fuxing Hao” translates to mean “rejuvenation,” and each of the two trains have been branded with nicknames: CR400AF is “Dolphin Blue,” and the CR400BF is “Golden Phoenix.” The “CR” stands for China Railway. Both take just under five hours to zip up to 556 passengers each between Beijing South and Shanghai Hongqiao Station, easily halving the nearly 10-hour time it takes to ride the conventional, parallel rail line between these two megalopolises. The “Rejuvenation” also beats China’s next fastest train, the “Harmony” CRH380A; it has dazzled since 2010, with speeds of up to 236 mph on routes connecting Shanghai with Nanjing and Hangzhou, and Wuhan with Guangzhou.

Japan is celebrating the 54th anniversary of high-speed train travel this year, since it was way back in 1964 that the Hikari high-speed train launched service between Tokyo and Osaka, cutting travel time between the country’s two largest cities from nearly seven hours to a mere four by rail. The H5 and E5 series Shinkansen, respectively running the Tohoku and Hokkaido services, are two of the newer bullet trains on Japan’s tracks, and so far the fastest in regular commercial service in the country.

Italy’s dueling train operators, NTV and Trenitalia, each flaunt a high-speed train that tie as Europe’s fastest, capable of shuttling passengers from Milan to Florence or Rome in under three hours, with a new route to Perugia debuting this year. The Frecciarossa, or “red arrow,” was unveiled during Expo 2015, held in Milan, and the train is remarkable as much for its speed as for its construction; its components are nearly 100 percent renewable and sustainable.

Spain’s fastest train is the Velaro E by Siemens, and it is used for long-distance services to major Spanish cities and beyond: traveling from Barcelona to Paris can now be accomplished on high-speed rail in six hours.

The Mecca-Medina high-speed link stretches the 281 miles between Saudi Arabia’s most holy cities and has been in partial operation since December 2017, with full completion set for early summer 2018. Traveling the length of the route takes two and a half hours, compared to five hours by car. Speed isn’t the entire justification for the construction of this railway, however; the Haramain is expected to carry three million passengers a year, including many Hajj and Umrah pilgrims, relieving traffic congestion.

The distinctively futuristic white and silver of the Inter-City Express, or ICE, combined with its sharp red cheatline, makes an impressive sight speeding through scenic German countryside, especially on its newest route connecting Berlin and Munich. Similar to Spain’s Renfe AVE train, Germany’s fastest train is another Siemens design, the Velaro, and was built to fit through the Channel Tunnel. That’s a serious asset for DeutscheBahn’s long-term plans to operate these trains from Frankfurt to London.

South Korea’s high-speed rail network is far from the newest (the KTX debuted in 2004), but it does hold its rank among the fastest. The latest route, opened just in time for the 2018 Winter Olympics, connects Incheon International Airport in the west to the coastal town of Gangneung in the east, stopping in Seoul along the way. The KTX cuts the transport time to reach the ski slopes of PyeongChang from six hours by conventional train to under two hours.

Both the TGV and Eurostar e320 trains are tied for next on the list, but the latter underwent a redesign in 2015. Named for its top speed of 320 km/hr (200 mph), the e320 series is the first tip-to-tail redesign of a Eurostar train in the company’s 22-year history. The speedier trains—20 km/hr faster than the earlier, e300 series—are capable of trimming another 15 minutes off the already zippy Eurostar trips of around two hours between Brussels, Paris, and London (and Amsterdam, later this year). Since Eurostar delivers its passengers right to the center of each city and fares are available with Rail Europe from $70 one-way, it’s a wonder anyone still flies between the cities.

Connecting Amsterdam, Brussels, Paris, and Cologne with multiple daily services, the Thalys is one of Europe’s most important train lines for both leisure and business travelers; in fact, its ridership is almost an even split between the two categories. In December 2015 the German route was extended as far as Dortmund, though the Brussels-to-Paris run remains critical, making up more than half the business.

History and Future of DWG
Join us on Telegram