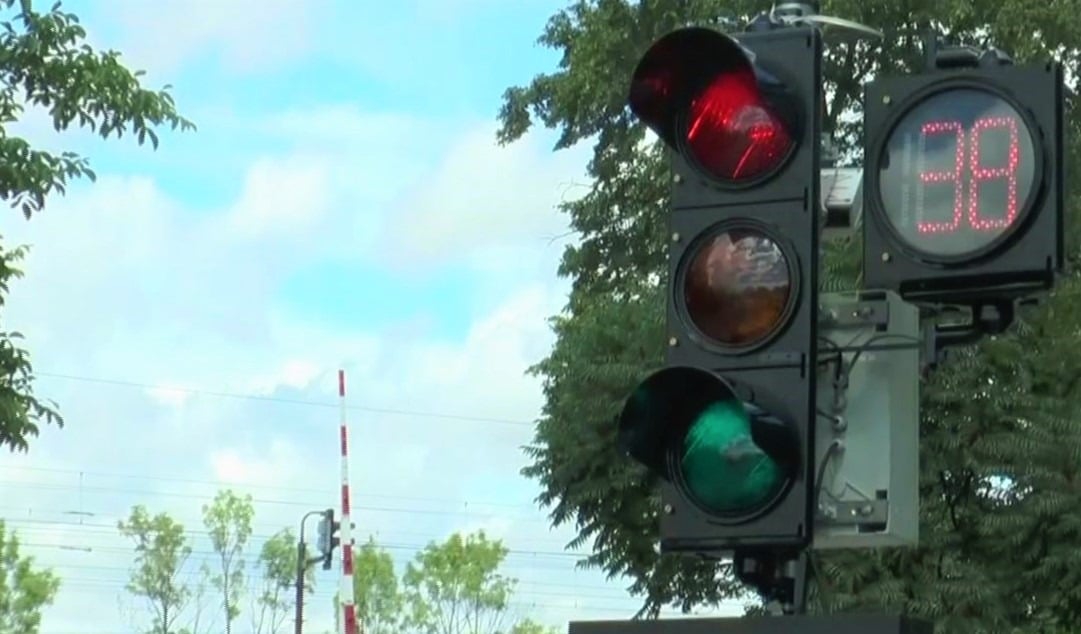 Countdown timers that let motorists know when a traffic light will go from green to yellow lead to safer responses from drivers, research at Oregon State University suggests.

The findings are important because of mistakes made in what traffic engineers call the “dilemma zone” — the area in which a driver isn’t sure whether to stop or keep going when the light turns yellow.

A traffic signal countdown timer, or TSCT, is a clock that digitally displays the time remaining for the current stoplight indication — i.e., red, yellow or green.

Widely adopted by roughly two dozen countries around the world, traffic signal countdown timers are not used in the U.S. Crosswalk timers for pedestrians are allowed, but TSCTs are prohibited by the Department of Transportation.

“When you introduce inconsistencies — sometimes you give drivers certain information, sometimes you don’t — that has the potential to cause confusion,” said David Hurwitz, transportation engineering researcher in OSU’s College of Engineering and corresponding author on the study.

There were more than 37,000 traffic fatalities in the United States in 2016. Around 20 percent of those occurred at intersections, he said.

It’s not known exactly how many U.S. intersections are signalized because no agency does a comprehensive count, but the National Transportation Operations Coalition estimates the number to be greater than 300,000.

A significant percentage of those feature fixed-time signals, which are recommended in areas with low vehicle speed and heavy pedestrian traffic.

Traffic signal countdown timers work well at fixed-time signals, Hurwitz said, but they may not be practical for actuated signals; at those intersections, he said, a light typically changes only one to four seconds after the decision to change it is made — not enough time for a countdown timer to be of value.

In this study, which used a green signal countdown timer, or GSCT, in Oregon State’s driving simulator, the clock counted down the final 10 seconds of a green indication.

A subject pool of 55 drivers ranging in age from 19 to 73 produced a data set of 1,100 intersection interactions, half of which involved a GSCT. The presence of the countdown timer increased the probability that a driver in the dilemma zone would stop by an average of just over 13 percent and decreased deceleration rates by an average of 1.50 feet per second.

“These results suggest that the information provided to drivers by GSCTs may contribute to improved intersection safety in the U.S.,” Hurwitz said. “When looking at driver response, deceleration rates were more gentle when presented with the countdown timers, and we did not find that drivers accelerated to try to beat the light — those are positives for safety. Drivers were significantly more likely to slow down and stop when caught in the dilemma zone. The results in the lab were really consistent and statistically convincing.”

The earlier results, which arose from a related research project, showed drivers were more ready to go when the light turned green at intersections with a red signal countdown timer, which indicates how much time remains until the light goes from red to green. The first vehicle in line got moving an average of 0.82 seconds more quickly in the presence of a timer, suggesting an intersection efficiency improvement thanks to reduction in time lost to startups.

The papers comprised dissertation work by then Ph.D. student Mohammad Islam, who now works for a Beaverton, Oregon-based company, Traffic Technology Services. Amy Wyman, an OSU Honors College undergraduate who completed her degree in 2017, collaborated on the publication.

TTS, whose chief executive officer, Thomas Bauer, is also an OSU College of Engineering alumnus, has developed a cloud-computer-connected countdown timer for the automotive industry.

Several cars in the German luxury carmaker Audi’s 2017 lineup already feature the timer, which can be viewed both on the instrument panel and via a heads-up display. The system is currently operational in several U.S. cities including Portland.

Unlike the traffic-signal-mounted timers, the onboard clocks are allowed in the U.S.