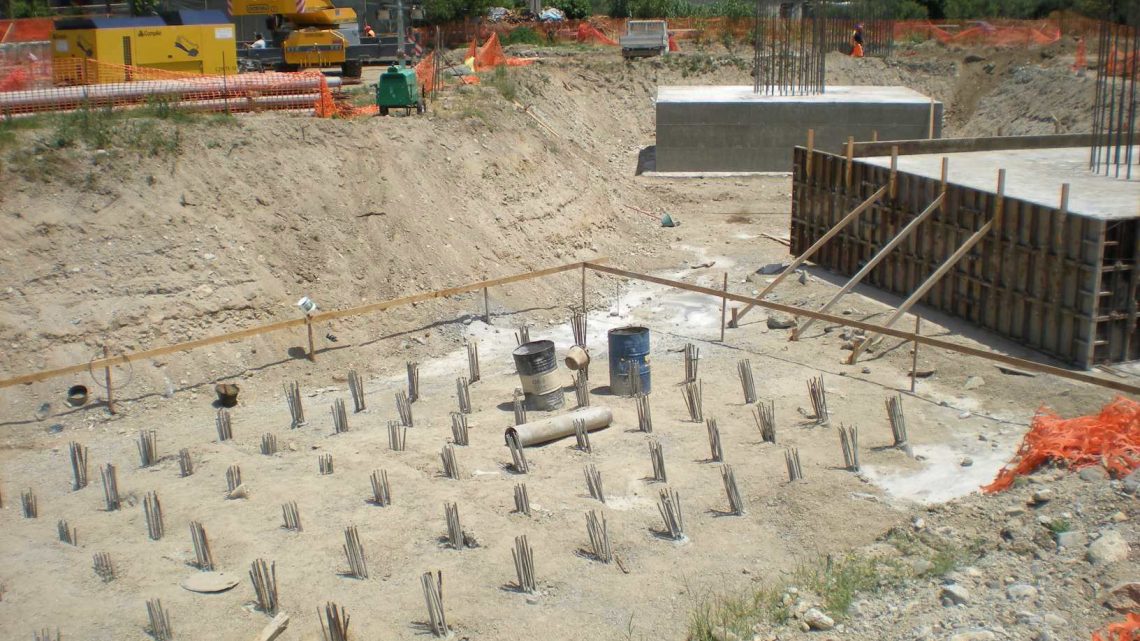 What are stone columns ?

3 February 2019 Off By The Engineering Community

What are stone columns ?

Stone columns are constructed using down-hole vibratory probe methods similar to those used in vibro-compaction. The main difference is that instead of using coarsegrained soil to simply fill the void created by the vibro-compaction operation, stone or other clean, coarse grained materials are placed, and compacted, to form a narrow structural element (i.e. a column) which functions as one or more of the following:

Stone columns, in general, are most economically attractive for sites requiring column lengths less than 35 ft. deep and preferably about 20 ft. deep below the surface.

Stone columns are constructed using either a vibro-replacement or vibro-displacement installation with the stone aggregate placed using either top or bottom feed methods.

Vibro-Replacement :
Vibro-replacement involves a wet installation method that replaces deep, narrow pockets of the in-situ soil with stone aggregate columns. In this method a high-pressure water jet, located at the tip of the probe, is used to excavate a narrow, open (uncased) hole. Once the hole is progressed to the design depth, the hole is flushed out several times by raising and dropping the probe to remove any loose silt and sand at the bottom of the hole. The vibro-probe is retracted and a limited amount of stone is placed into the hole from the top. The probe’s vibration mode is turned on and it is inserted into the hole to compact the lift of stone. The probe is retracted again and the process repeated until the stone column is formed to the ground surface. During the entire operation, water is continually pumped into the hole to prevent collapse and to keep the aggregate clean. This method is best suited for sites with soft to firm soils with undrained shear strengths of 200 to 1,000 psf and a shallow groundwater table, and where drill wash and spoil
containment and disposal can be practically handled.

Vibro-Displacement :
When a cleaner or lesser environmental impact operation is preferred, stone columns should be constructed using the vibro-displacement method. The operation is a dry installation method where the stone aggregate can be placed into the hole from the top or from aggregate ports at the bottom of the probe. Although the probe’s dead weight and vibration, in lieu of water jetting, is used to excavate the hole, air jetting and/or pre-augering may be used to prevent clogging of the aggregate ports or to assist in advancing or extracting the probe. This method is best suited for
sites where collapse of the hole during the column’s installation is unlikely.