you are here Accueil | ENGINEERING ARTICLES | Civil Engineering Articles | Construction | What is a two-way slab? 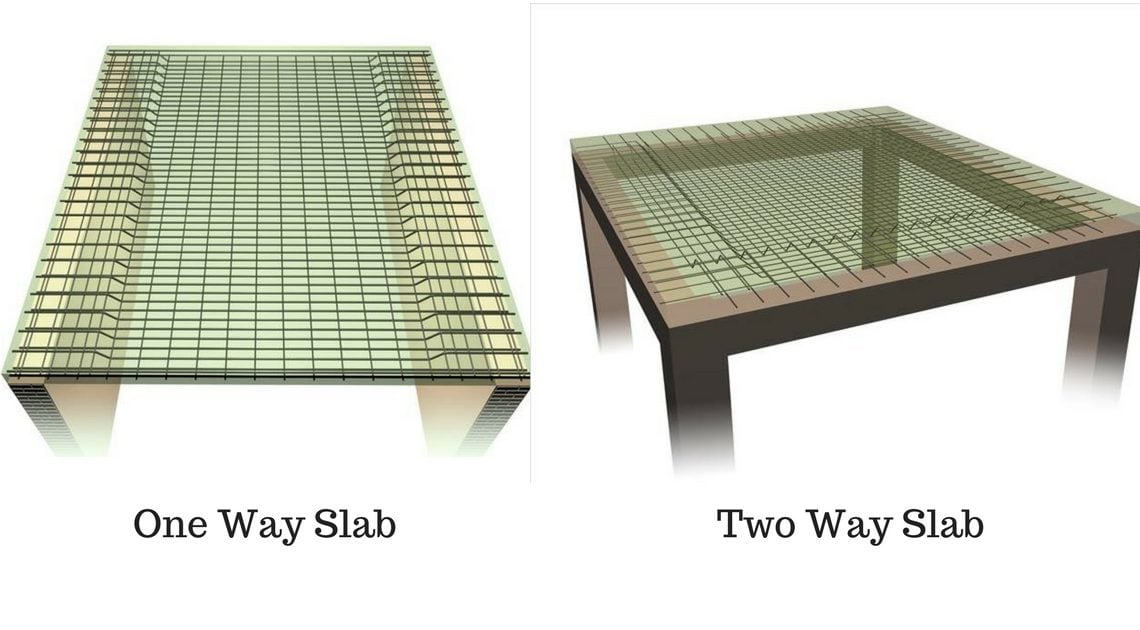 20 November 2018 Off By The Engineering Community

A Two-Way Slab “TWS” is simply a slab carrying loads in both directions (length and width) to its supports (Beams or Columns). This is because it’s length to width ratio is (Long/Short) not big enough for loads to travel in the short direction only (width).

Loads are lazy, they travel in the shortest path possible, they like to spend the least effort.

Slabs have 4 supports to transfer its loads to (2 in each direction).

That being said, let’s assume a (10 x 2) Rectangular Slab (width=2m and length=10m) the ratio is large enough (Long/Short = 10/2 = 5) in this case all the loads will travel much faster through the Short Direction which is the 2m width to the nearest supports.

This makes a One Way Slab “OWS”. On this slab loads will not travel in the Long Direction (the 10m length). The slab will carry 100% of the loads to half of its supports through one direction only. (supports on the other direction will not receive any loads from the slab, therefore these slabs can have 2 supports only at the short direction).

Now assume a (5 x 5) Square Slab with ratio (Long/Short = 5/5 =1), in this case loads will travel in both directions equally, since Long=Short they will spend almost equal effort. Each direction will carry 50% of the loads to its supports.

This makes a Two Way Slab “TWS”. In this case all 4 supports are working and they receive almost equal loads from the slab. (The Slab must be supported from all directions).

If we have something in between the above two cases, assume a (4×6) Rectangular slab (width=4m, length=6m) Which direction will the loads travel through?

The number we compare to the length to width ratio (2) might be different depending on the Application and the Code we are following (which is based on studies and experiments), but here we assume that the breakpoint is the length being over or under double the width.

So this is also a “TWS” where we predict loads travel in both directions, but will each direction carry 50% of the loads? We know that one direction is shorter than the other, therefore more of our loads will prefer to travel through the easier-shorter direction, and less will travel through the longer direction. Supports will receive a percentage of the Slab loads based on the distance it has to travel.

Can drones be utilized in construction for creating accurate BIM models?

Why does it cost between $25-$39 million to construct a kilometer of high speed rail in the European Union?
Join us on Telegram