you are here Accueil | ENGINEERING ARTICLES | Civil Engineering Articles | HIGHWAY | What is Frost Action In Soils? 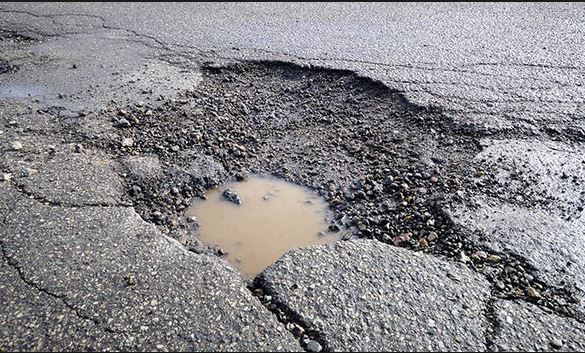 When the ambient temperature falls below freezing for several days, it is quite likely that the water in soil pores will freeze. Since the volume of water increases by about 10 percent when it freezes, the first problem is the increase in volume of the soil.

The second problem is that the freezing can cause ice crystals and lenses that are several centimeters thick to form in the soil. These two problems can result in heaving of the subgrade (frost heave), which may result in significant structural damage to the pavement.

In addition, the ice lenses melt during the spring (spring thaw), resulting in a considerable increase in the water content of the soil. This increase in water significantly reduces the strength of the soil, causing structural damage of the highway pavement known as “spring break-up.”

In general, three conditions must exist for severe frost action to occur:
1. Ambient temperature must be lower than freezing for several days.
2. The shallow water table that provides capillary water to the frost line must be
available.
3. The soil must be susceptible to frost action.

The first condition is a natural phenomenon and cannot be controlled by humans. Frost action therefore will be more common in cold areas than in warm areas if all other conditions are the same.

The second condition requires that the groundwater table be within the height of the capillary rise, so that water will be continuously fed to the growing ice lenses.

The third condition requires that the soil material be of such quality that relatively high capillary pressures can be developed, but at the same time that the flow of water through its pores is restricted.

Soils with less than 1 percent of their material finer than the critical size are rarely affected by frost action.

Current measures taken to prevent frost action, include removing frost-susceptible soils to the depth of the frost line and replacing them with gravel material, lowering the water table by installing adequate drainage facilities, using impervious membranes or chemical additives, and restricting truck traffic on some roads during the spring thaw.

The truth about the 50 Lane Highway in China

Description And Uses Of Bituminous Binders
Join us on Telegram