you are here Accueil | ENGINEERING ARTICLES | Civil Engineering Articles | Construction | What is the difference between Pre-tension and Post-tension in concrete? 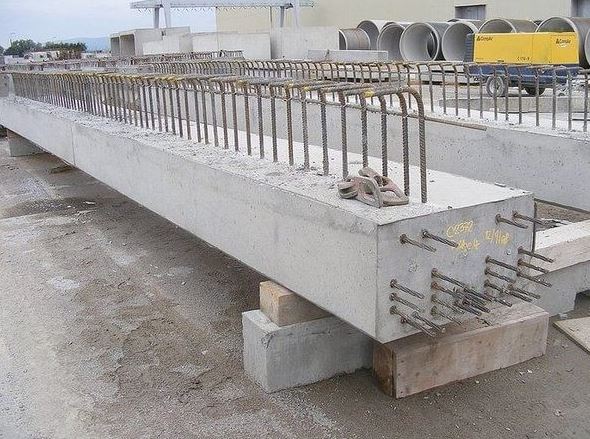 What is the difference between Pre-tension and Post-tension in concrete?

10 July 2021 Off By The Engineering Community

Pretension in concrete is the method when the concrete is prestressed with tendons before the placing of the concrete. and It is a suitable method for small structural elements. the pre-tensioning members are produced in the mold.

To pretension concrete the steel is first tensioned in a frame or between anchorages external to the member. The concrete is then cast around it. After the concrete has developed sufficient strength the tension is slowly released from the frame or anchorage to transfer the stress to the concrete to which the tendons have by that time become bonded. The force is transmitted to the concrete over a certain distance from each end of a member known as the transfer length.

Post tension in concrete is the method when the prestressing process is done after the concrete attains its strength. It is suitable when the structure is heavy and this method is developed due to bearing.

Post-tensioned concrete is made by casting concrete that contains ducts through which tendons can be threaded. An alternative is to cast the concrete around tendons that are greased or encased in a plastic sleeve.

Ducts are usually grouted later or filled with grease to protect the tendons against corrosion. In some applications the post-tensioning tendons are run alongside the concrete member.

What Is a Culvert? – Types of Culverts
Join us on Telegram