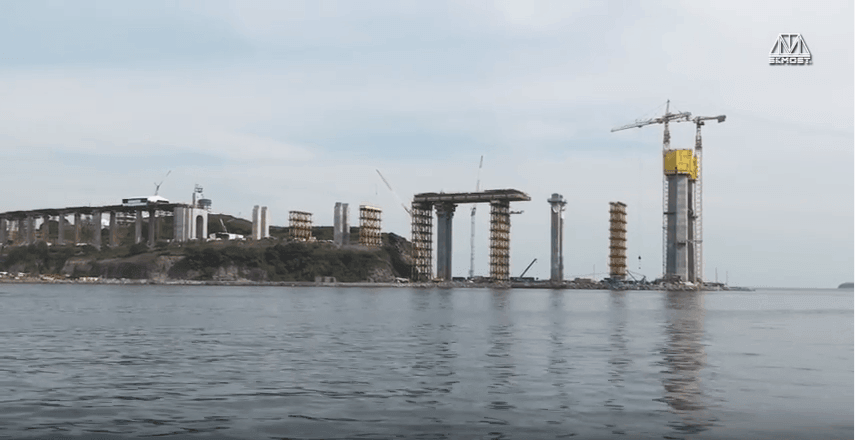 20 October 2017 Off By The Engineering Community

The Russky Island Bridge in Russia connects the city of Vladivostok to Russky Island across the Eastern Bosphorus Strait and was built in preparation for the 2012 Asia-Pacific Economic Cooperation Summit held on Russky Island.

The construction project was a collaboration between Russian industrial group USK Most and French company Freyssinet and it was completed in an impressive time of 43 months.

The bridge was officially opened by the Russian Prime Ministr Dmitry Mededev in July 2012.​

The Russky Island Bridge is the longest cable-stayed suspension bridge in the world with a total length of 3,100m (10,200 ft). A concrete and steel construction it is 25.5m (97 ft) wide and carries four lanes of traffic on a deck 70m (230 ft) above the water.

The bridge was designed to cope with the area’s extreme climatic conditions of temperature variances of between the -30s and +30s degrees centigrade, storm winds and thick icy layers in winter.

The need for such an expensive and large scale bridge project to the sparsely populated Russky Island was questioned at the time and many feel that it was undertaken in advance of the Summit as a demonstration to its APEC partners of Russia’s industrial might.

It is estimated that the bridge cost in excess of $1 billion.