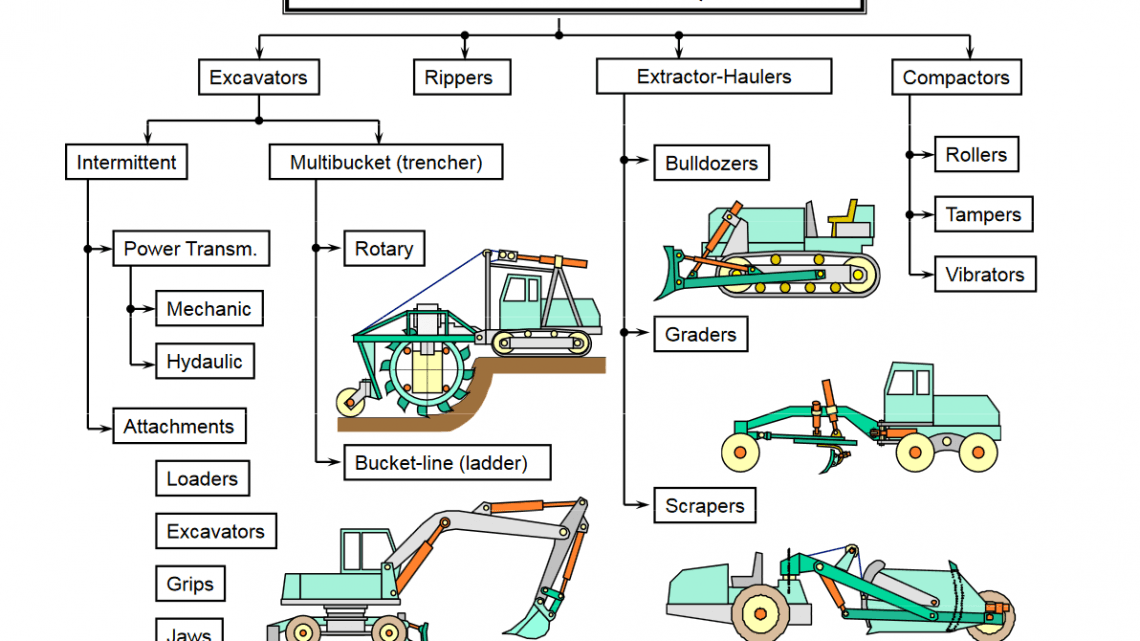 12 November 2018 0 By The Engineering Community 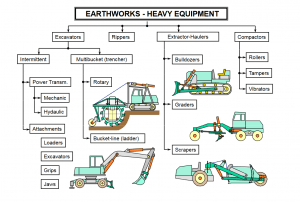 Cable excavators are large earthmoving machines used for heavy excavation of materials with the use of cables or wire ropes. Almost obsolete, cable excavators were once used in mining and some construction applications and usually consisted of a variety of attachments that could transform it into a backhoe, skimmer, dragline, and more. Aside from a few companies that still manufacture them, cable excavators have been replaced by hydraulic excavators due to their cheaper costs, easier operation and faster mobility. 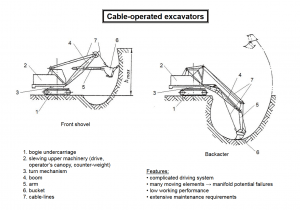 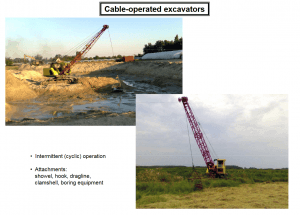 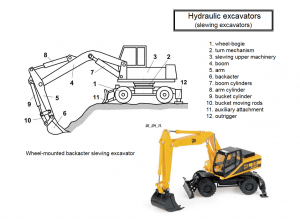 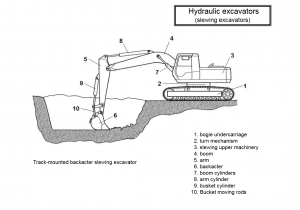 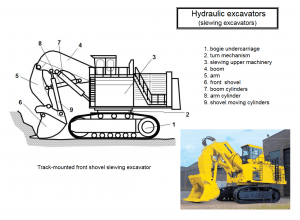 Backhoe is another widely used equipment which is suitable for multiple purposes. The name itself telling that the hoe arrangement is provided on the back side of vehicle while loading bucket is provided in the front.

This is well useful for excavating trenches below the machine level and using front bucket loading, unloading and lifting of materials can be done. 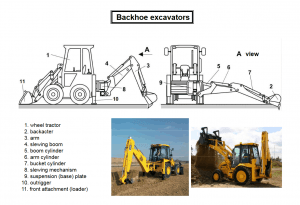 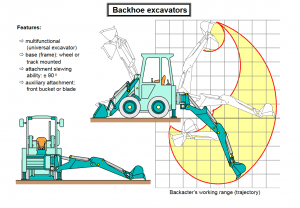 A bulldozer is a crawler (continuous tracked tractor) equipped with a substantial metal plate (known as a blade) used to push large quantities of soil, sand, rubble, or other such material during construction or conversion work and typically equipped at the rear with a claw-like device (known as a ripper) to loosen densely compacted materials.

Bulldozers can be found on a wide range of sites, mines and quarries, military bases, heavy industry factories, engineering projects and farms. 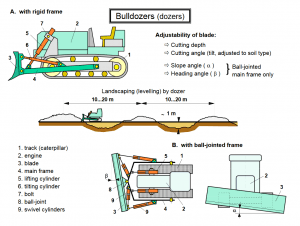 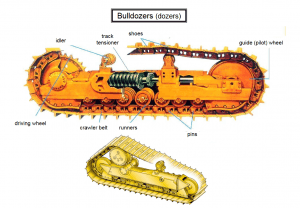 Scraper, in engineering, machine for moving earth over short distances (up to about two miles) over relatively smooth areas. Either self-propelled or towed, it consists of a wagon with a gate having a bladed bottom. The blade scrapes up earth as the wagon pushes forward and forces the excavated material into the wagon. When the wagon is filled, the gate is closed, and the material is carried to the place of disposal. The scraper is the dominant tool in highway construction. 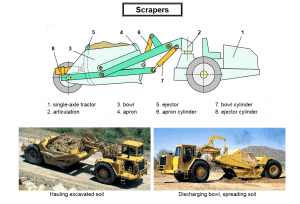 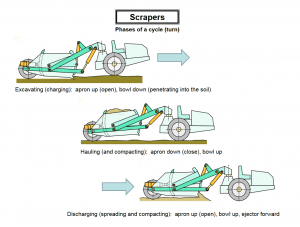 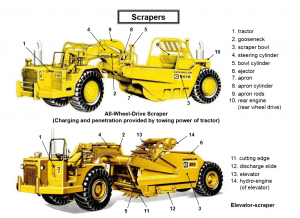 Grader, in excavation, precision finishing vehicle for final shaping of surfaces on which pavement will be placed. Between its front and rear wheels a grader carries a broad mechanically or hydraulically controlled blade that can be extended from either side. Either end of the blade can be raised or lowered. Graders may be used for shallow ditching, but most models are used to assist other earth-moving equipment and to smooth roads, fills, and cuts. 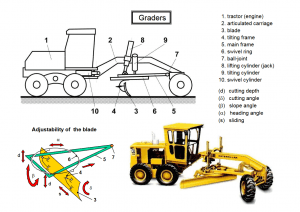 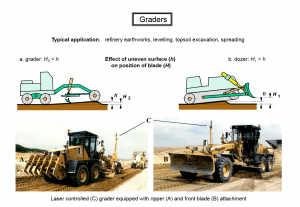 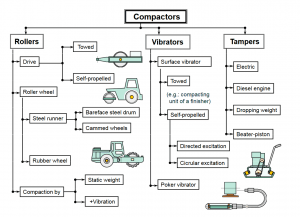 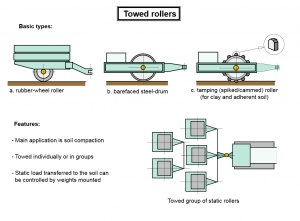 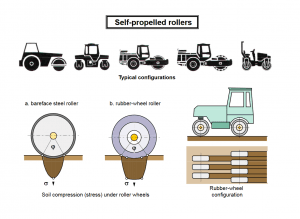 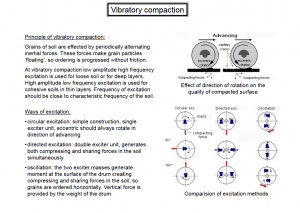 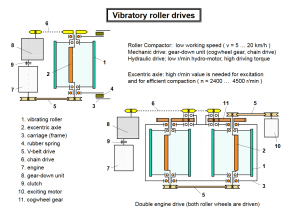 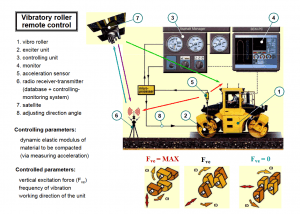 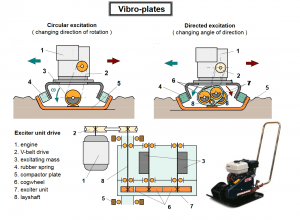 The Best Apps For Architects