you are here Accueil | ENGINEERING ARTICLES | Civil Engineering Articles | RAILWAY | Cooling the Tube – on Ice till 2030? 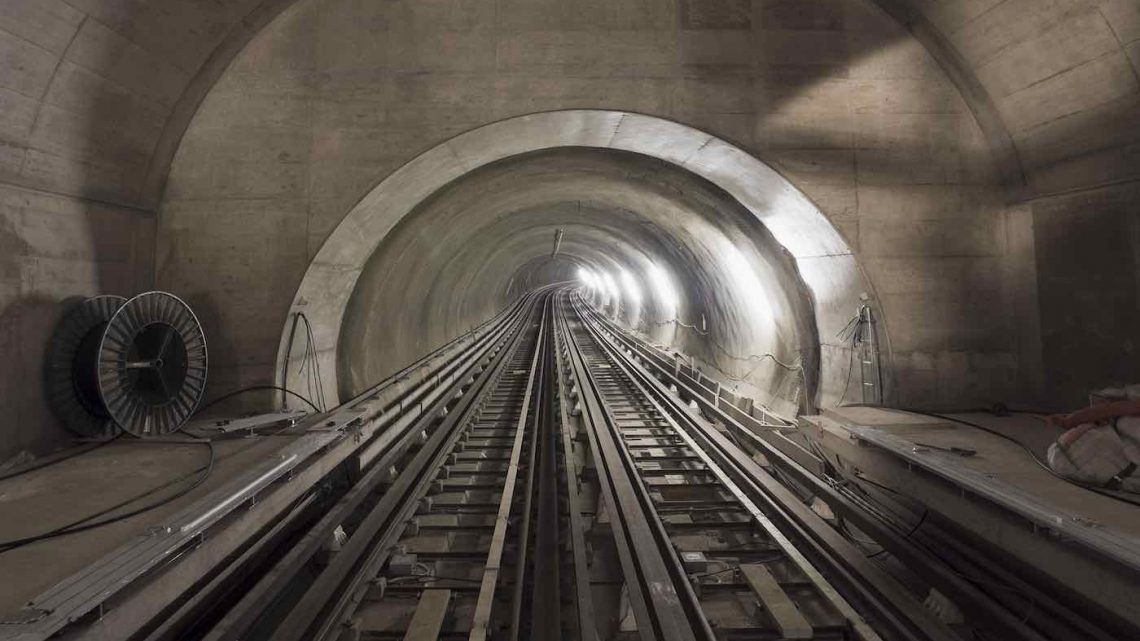 21 September 2019 Off By The Engineering Community

Hang onto your handrail, if it’s not too hot, fellow tube users, I am just about to share my controversial theory about Cooling the Tube, which has resulted in some folk getting rather hot under the collar.

Please stay aboard, because for the Cooling the Tube Project ever to be successful, there are fundamental points at issue that still need to be considered and resolved. I am hoping that summarising my findings and research to date along with my interpretation of these, will initiate some serious and constructive debate among engineers, scientists and anyone with an interest in this matter.

In this article, I shall:

Finally – for the reader – there is an enlightening question to be considered!

A well-defined problem is half solved – paraphrased from Charles Kettering.

First, the very title of the project “Cooling the Tube” is a misnomer. Consequently, the search for a solution to the problem has been misled. The challenge is not simply “Cooling the Tube” or even “Cooling the Underground Network”: to be precise I would define it as “Cooling the Whole LU Network in the Summer”, since both overground and underground overheat in the summer!

Secondly, having spent years commuting on the Central Line and monitoring the seasonal temperatures differences at various times of day, I came to the irrefutable conclusion that the trains were gaining more heat overground than underground in the summer.

Let’s dispel the myth circulating that the Tube is hot all the year round, because in the winter passengers wear their thick coats and scarves while standing or sitting comfortably inside an electrically heated carriage. Conversely in the summer, passengers wear light clothing – yet are still frequently getting close to heat exhaustion during heatwaves and the hotter weather generally.

The project’s stated objective is two-fold – comfort and safety. For comfort cool trains are the priority, since passengers may spend 5-10 minutes on a platform but perhaps 45 minutes to an hour on a train.

For safety we need cool trains and cool tunnels, the cool tunnels being key to maintaining cool trains when underground. If passengers were trapped for some considerable time in an overheated, stalled train, within an
overheated tunnel, the outcomes for them could be very grave. So, the decision to expend all that effort and money cooling underground stations was erroneous, and indeed has been a wasteful diversion from addressing the real problem – because passengers are free to leave a station, for a place of safety, if they are overheating there! 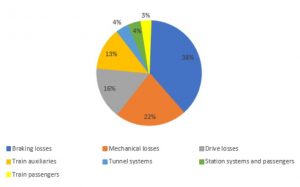 Many alternative reasons for the overheating in the summer have been proffered – including the combined effect of the tunnel, train and station systems; traction; braking; mechanical losses; passengers; the heat accumulating in the London clay; and so on.

All these are red herrings – either because they do not change significantly throughout the year, so they don’t explain the seasonal variations, or in the case of the London clay temperature, it’s not a cause – it’s an effect. The key issue
is that many of the tube trains run both over- and underground.

My initial, subjective observation struck me as odd in that, travelling overground towards Epping during a late summer afternoon with progressively less passengers on board, the carriage seemed to become markedly hotter. My subsequent temperature monitoring clearly confirmed that up to a 6°C increase in temperature was not uncommon in the summer between Leyton and Epping.

The only logical conclusion was that the train was being heated by the surrounding hot, ambient air and “superheated” by solar irradiation (heat gain from the sun).

However, what, if anything, could that have to do with the over-heating in the tunnels? When travelling overground, the sun not only heats the inside of carriages directly, but the solar irradiation is also absorbed by the external skin of the train.

If a child’s slide can get so hot in the sun as to cause them serious burns; if tarmac roads can melt; if a car can become too hot to touch; and if untreated train tracks can reach 20°C above ambient temperature and buckle – then by the same token train bodies can absorb heat from the sun on their external surfaces and then emit some of that “super-heat”.

These overheated “storage radiators” will constantly emit this absorbed heat until they reach a state of equilibrium. However, being continuously heated by the sun, they cannot reach a state of equilibrium before entering the tunnel, so they continue emitting heat into the tunnel. Clearly then overheating is a network problem – the Laws of Thermodynamics can’t have it any other way!

Although the level of heat emission is unharmful on the surface, when these 200 tonnes of train enter the tunnel, with a thermal capacity estimated at 100-200 MJoules/°C, they continue to emit heat to detrimental effect. If all that were not enough, every time these trains enter the portals in the summer, they are also pushing/dragging in a plug of hot, ambient air, adding to the heat load in the underground network.

The yearly cycle from Autumn 2017 has seen ambient overground temperatures vary from -5°C to +35°C. This 40°C temperature difference of the air introduced into the tunnels by the piston and drag effects undeniably makes a significant difference to the tunnel temperatures between summer and winter.

When comparing the London network with that of Glasgow, similar in concept but ALL underground and with shallower tunnels at a depth of ≈ 9 metres (30 feet), their tunnel ambient temperature hovers around 16°C all year-round, even during their 31°C heatwave of the summer of 2018. Because it is wholly underground, it suffers neither from solar irradiation nor the portal piston/drag effect.

Additionally, unlike most of the London Underground rolling stock, Glasgow’s trains are stabled appropriately during the heat of the day, in roofed train sheds with the doors open – parasol effect!

Mitigating the factors causing this specific overheating problem on London Underground’s network really does not need to be difficult but does require an uncommon solution. Whilst many national overground trains are already being successfully air-conditioned, with trains underground the waste heat would be expelled into the overheated tunnels, leading to probable equipment failure.

Moreover, any cooled air in the trains would soon be overwhelmed by this overheated tunnel air. Therefore, installing or retro-fitting air-conditioning to the entire London Underground train stock, even if feasible, would be wholly unrealistic and ineffective.

However, to deal with solar irradiation there is no sensible reason why trains that run both over- and underground should not be coated with a high-performance, solar-reflective paint and be fitted with high-performance, solar-reflective glass windows. Equally, trains should be appropriately stabled in the non-peak times – some depot buildings may not be very suitable, if they are likely to be affected by solar heat gain themselves. It might be better to provide well ventilated shading, built with a finned roof and walls (Venetian blind form) and with the openings facing north – parasol effect again.

Additionally, limiting the transfer of ambient summer air into the underground network should be addressed – indeed The Rail Safety and Standards Board (RSSB) recommends this be considered! On sub-surface lines the piston/drag effect is less marked because of the configuration of the portal openings, the more frequent “cross-passages” between the two tracks and the less restricted, overline ventilation shafts and openings. For the deep lines it’s a different story.

Their portals will probably need some remodelling; perhaps incorporating some form of cooling, diversion or dispersal of the ambient summer air – or a combination of all three.

Clearly, there is a need for appropriate and detailed train temperature monitoring throughout an entire year, to agree upon the real causes of summer overheat – and dispel the myths. Evidently TfL has not undertaken such formal monitoring to date, since they still mistakenly claim that “the primary heating of the carriages happens in the tunnels”.

In summary, whilst not confusing causes with effects, we need to be very clear about both the problem, and the root causes, the removal of which will resolve or dramatically reduce that problem.
Therefore, with an over- and underground network such as London Underground’s, this demonstrates the key factors causing overheating are trains travelling on the OVERGROUND sections of the network combined with the summer weather.

Finally, a quote from the Vienna Metro in their e-mail to me – “We appreciate your interest. As a
matter of fact, the sun is the main cause for the overheating problem for the U6 [be]cause of the long
overground route”.

Cool Reflections for Overheating Metros!
Join us on Telegram