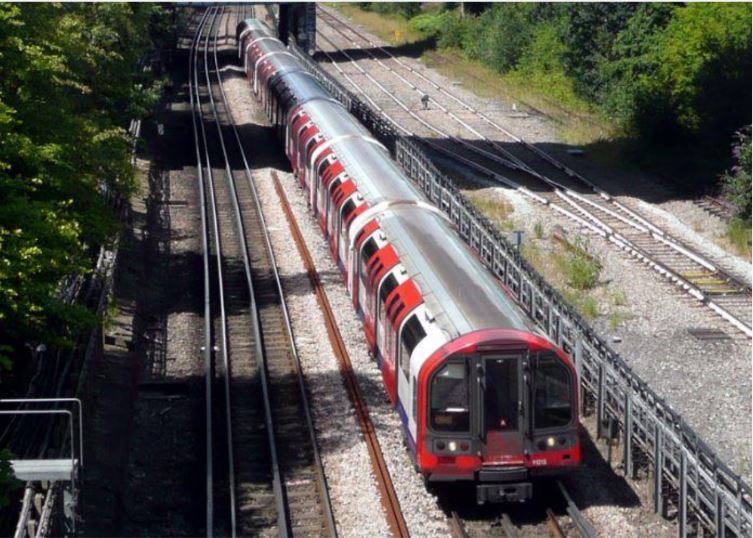 21 September 2019 Off By The Engineering Community

There are many heat sources in Metro systems. However, only those that are seasonal are under consideration in this paper. Indeed, it is worth noting that, in the cooler weather the combined effect of the non-seasonal heat sources is insufficient to heat trains to a temperature in which customers would feel comfortable and so in winter these heat sources need to be augmented by the addition of heating from train saloon heaters.

However, there are two heat sources that increase in summer: outside ambient air and solar irradiation. The former is an important and notable seasonal variant, but whilst ambient air temperature varies throughout the daily cycle, it does not dramatically change over a 30 minute period. It cannot, therefore, explain the cause of the considerable increase in train temperatures on the surface often achieved over that same time period, so this paper will focus primarily on the role of solar irradiation.

Even though we all experience the effect of sunshine in summer, there does not appear to be more than a superficial appreciation of just how powerful solar irradiation can be! In this link, under the “Measurement” section it explains that “…direct sunlight at Earth’s surface when the Sun is at the zenith (directly above) is about 1050 W/m2”.

This is generally supported by the monitoring and other evidence presented in my article “Cooling the Tube – On Ice till 2030”, and also by the fact that in the summer of 2018 my pale coloured sandstone patio was as red-hot as the sand on a Mediterranean beach.

However, the sun’s power is also affected by the Angle of Incidence, which reduces its intensity when it is at shallower angles. For example, at a 450 angle of incidence, although solar radiation can cover a 40 percent greater area, it is then 30 percent less intense than when at its maximum angle of incidence of 900. Consequently, we also need to consider how this changing intensity might affect trains.

Prof. Piercarlo Romagnoni and Prof. Fabio Peron of the Università Iuav di Venezia produced a factsheet which examines the temperature impact solar radiation has on thermal insulation materials in roofing applications. Although some train roofs are not insulated, this factsheet gives an indication of the potential external skin temperatures.

One test they undertook was on a roof sheet formed of a curved sandwich panel:

The next consideration is, how much of the train should we coat with solar reflective paint? Some railway staff have focused on the roof. However, focusing on the roof alone will limit the potential benefits.

The 1972 British Rail Research calculation [abstract], had previously raised a concern about the challenge of how solar irradiation can be calculated. TfL have kindly provided figures from the original, full report (which no longer appears to be directly available in the RSSB’s SPARK Rail Knowledge Hub’s archive). The process of arriving at these figures, as set out in the abstract, appears completely unintelligible and this historic calculation of 7.8kW per trailer car or approximately 0.5kW per metre length of carriage, is clearly way off the mark for the following reasons:

Let us now consider the benefits of using high-performance solar reflective paint on train bodies. The trials undertaken by the Australian Navy on their patrol boats have shown that the low solar-absorbing formulation reduced their surface temperature by 15-200C compared to conventional coatings, and consequently lowered the power load for on-board cooling systems. In the context of metro trains, reflecting the solar irradiation would:

Similarly, in the context of reducing tunnel heat, reflecting the solar irradiation when travelling on the surface in summer would:

However, it should be noted that the benefits do not stop there ….. For tunnels with adequate and comprehensive cooling systems, with the use of solar reflective paint these systems may become less crucial, be under-run or even become fully or partially redundant. For those where such measures have not already been installed, solar reflective paint may obviate the need to install them at all.

As obvious as all the above may be by now, testing still needs to be carried out. Whilst it is simple to compare the reductions in internal train temperatures, accurately assessing the cumulative reduction in tunnel temperatures as each train is treated is less straightforward.

Undoubtedly the optimum test would be to treat all the trains on one line, and I would suggest the most appropriate line would be the Central Line, especially bearing in mind the 40+0C temperatures experienced this last summer (2018). Doing this optimum test would be the only way to measure, rather than theoretically predict, the overall reduction of tunnel temperatures. It would not be deemed sensible to treat all the trains without some evidence of the benefit; however, the limitations of data from a less comprehensive test will need to be fully understood and well thought through.

Such a comprehensive test would also avoid skewing the results with such elements as the carry-in heat of untreated trains being transferred within the tunnel, to the treated trains – we have a possible Catch 22 situation here!

Monitoring the winter temperature would be useful to compare the train’s external skin temperatures with those in the summer. On the face of it, there would seem little to be gained monitoring internal saloon temperatures with their heaters operating. However, it is yet another legitimate cyclical heat source to be considered within the seasonal differential and I believe it would be useful, provided it is interpreted appropriately. Unlike the practice to date, ALL possible heat sources should be robustly accounted for!

Monitoring the train’s external skin might best be achieved with sensors on the internal face of the external skin, suitably insulated from the train’s internal space. This will mitigate the inaccuracies caused by unrepresentative cooling effects – e.g. local eddy currents caused by turbulent air flows, which have certainly proved difficult in the context of modern cars. Monitoring of undercarriages and bogies would need some serious thought, in order to be able to identify the effects of the various heat sources operating on these – see below.

However, with every further treated train, first on the Central Line and then throughout the network, the cumulative reductions on tunnel temperatures, and thus sub-surface network temperatures would become significant. Hence the fullest benefits will only become apparent when all lines, with the possible exceptions of the Victoria and the Waterloo & City Lines, have had all their trains treated.

Whilst the foregoing looks at the general solar irradiation effect on the passenger compartment of the train, it should not be overlooked that the undercarriage (bogies) will also be affected. Two NON- seasonal heat sources acting on these are obvious: traction and braking. However, there are three seasonal ones that need to be considered and the overlooking of these may have skewed the previous perception of the heat load from braking.

These additional heat loads are less likely to have a significant effect on the passenger compartments when overground but will add to the carry-in heat within the tunnels and so it would make total sense to treat the exposed areas of undercarriage and wheels with the high-performance solar reflective paint.

It should be noted that more recently Railtrack have been painting non-wearing exposed surfaces of rails with white paint to mitigate rail buckling. Additionally, implementing this on London Underground will reduce the heat absorbed by the rails and consequently what they “emit” when the train passes over them.

In considering the issues raised in this paper, clearly painting the train body and undercarriage in this way is still only part of the solution, albeit a significant one. In addition, there is the matter of the windows, which at present is a crucial factor in turning carriages into “greenhouses”.

The effect of solar gain through glass windows into a room (aka a carriage) is well illustrated. The next logical step
to the use of high-performance solar reflective paint would be to fit “low emissivity glass” windows in all trains.

Managing the two-way passage of heat through glass has come a long way with Low-E glass. Given the high percentage of window glass in the body of a carriage, using this highly reflective glass meansthat the external solar heat will not be absorbed whilst the train is on the surface (as with solar reflective paint) and so:

Treatment with solar reflective measures would probably be best undertaken in stages:

Some insight as to the consequences of heat emittance on the treated train from the untreated trains in the tunnel would also be useful, since such a transfer of heat would result in an under-estimation of the ultimate benefits. However, by virtue of an inefficient transfer mechanism, the effect of overheated tunnel air on the treated train skin may not be of great significance.

Of course, when the temperature of one line (the hottest line) is reduced significantly, other lines would now be relatively hotter, as then by the Laws of Thermodynamics there would be a transfer of heat from untreated lines to the now cooler line. Therefore, as a result of the interdependencies of one line with the others, after the completion of the preceding hottest line, a decision on the treatment sequence of the other lines would require identifying the next hottest remaining line!

In conclusion, a metro that has no surface lines would not benefit from having its trains painted with solar reflective paint or being fitted with low emissivity glass windows, provided stabled trains are properly managed. Conversely, metros with a mix of surface and sub-surface lines and indeed overground trains would benefit greatly from having their rolling stock painted with solar reflective paint and windows fitted with highly reflective glass.

Furthermore, in an era of heightened and pressing environmental concern, the application of solar reflective paint and the incorporation of highly reflective glass windows are very cost-effective, particularly when compared to the capital cost of installing mechanical cooling solutions, and longer term will deliver real on-going reductions in maintenance and energy running costs.

A final thought! Of all the mitigation works ever implemented under the Cooling the Tube Project, the limited solar reflective foil and film treatment of Central Line trains, reducing the internal temperature of the saloons by some 40C, has proved by far the most successful. If my information is correct, and I believe it is, the Green Park Station Ground Source Cooling Project was tendered at around £12M and the final costs was more like £25M …… and it would have made little or no difference to train temperatures.

For that sort of money, you can buy and apply an awful lot of high-performance solar reflective paint and install a lot of Low-E glass windows.

On reflection – absolutely pun intended – the solar reflective paint and Low-E glass windows will reduce the amount of heat absorbed by trains travelling on the surface in the summer, because the trains will be able to jettison this heat continually along the overground route BEFORE THEY REACH AND ENTER THE TUNNEL. 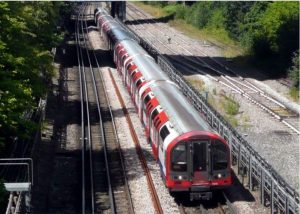 “I wish we were on the right track!” Think Sun Cream for trains!