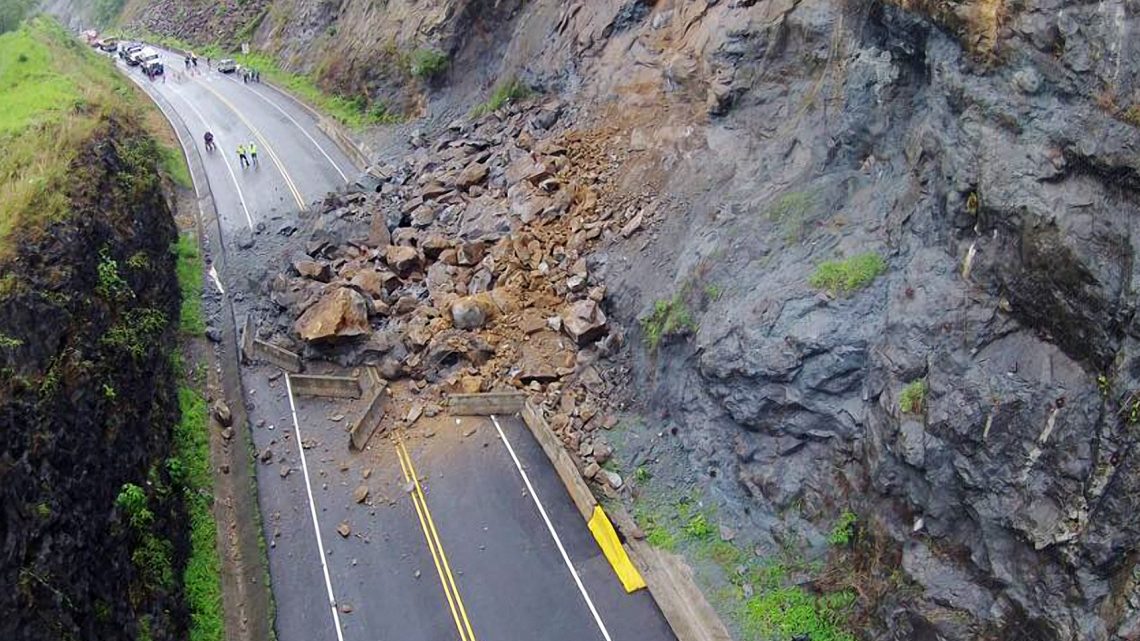 Some single landslide events have killed numbers in excess of the populations of small countries.

Landslides are life-threatening events that can make it seem as though the world we live upon is crumbling around us. Those landslides listed below are some of the deadliest in recorded human history, each taking away human life by the thousands.

On August 5, 1933, a strong earthquake triggered a massive landslide in Diexi, Mao County, Szechwan, China. The event, known as the Diexi Slides, claimed more than 3,000 lives, and destroyed many villages within the affected region. The old town of Diexi suffered the worst fate of all as it sank into the landslide-created dam below.

For centuries, the mountainous belt running through Central Asia has witnessed a large number of disasters involving earthquake-triggered landslides. One such natural catastrophe occurred in July of 1949, when the 7.4 magnitude Khait Earthquake triggered hundreds of landslides near the southern limits of the Tien Shan ranges in central Tajikistan. The adjacent valleys of Yasman and Khait were the most affected by these earthquake-induced landslides. The Khait Landslide involved rockslides with saturated loess travelling at an estimated average velocity of around 30 meters per second. Approximately 4,000 people were killed in this tragic natural disaster.

Mount Huascarán is a famous Peruvian mountain with a snowcapped peak that rises to a height of 22,205 feet. In January of 1962, a thaw triggered the breaking off of a portion of the north summit of the mountain, leading to a landslide/avalanche that led to the tragic death of nearly 4,500 people. The avalanche, locally referred to as ‘Huayco’, involved a massive ice sheet that was estimated to be about 1 kilometer wide and 40 feet high. As the ice sheet moved rapidly down the slopes, it gathered rock and debris from the mountain and strengthened in force, completely burying several villages in Ranrahica underneath it.

In December of 1941, the residents of Huaraz, a Peruvian city in the Ancash region, were completely unaware that a retreating glacier tongue above their city would soon be responsible for wreaking havoc its people and claim thousands of the lives living within. Just before dawn on December 13, 1941, disaster struck the Peruvian city when a landslide resulted in glacial ice crashing down into Lake Palcacocha, generating huge waves that completely destroyed the dam on the lake. This released large volumes of water, itself laden with mud, rock, and ice, into the valley below with an unimaginably high force. Another dam in the nearby Lake Jircacocha was also broken by the flowing glacial water, resulting in the furious waters of both of the two lakes emptying themselves onto the city of Huaraz, claiming more than 5,000 lives in the process.

Mount Kelud, in Eastern Java, Indonesia, is quite infamous as an extremely active, hazardous volcano, and one which has erupted about 30 times in the past killing thousands of people in its volcanic disasters. One of the deadliest eruptions of this volcano occurred on May 19, 1919, when over 38 million cubic meters of water were expelled from the crater lake of the volcano, which had accumulated large amounts of sediment and volcanic material to form lethal lahars. The lahars moved down the mountains with high velocity and swept away and drowned all that were unfortunate enough to be in its path.

One of the worst natural disasters in the history of India occurred in June of 2013, when powerful flash floods killed around 5,700 people in the Himalayan state of Uttarakhand. Consistent cloudbursts and incessant monsoon rainfall were primarily held responsible for the disaster, which has been officially termed as a natural calamity. However, a section of environmentalists, scientists, and the educated public think otherwise. According to them, thoughtless human intervention in the Himalayan mountain ecosystem had rendered the ecosystem extremely fragile and prone to disaster. The unchecked tourism in the region had promoted the rapid growth of hotels, roads, and shops throughout the region without paying heed to the environmental laws and demands of the ecosystem. The mushrooming of hydroelectric dams in Uttarakhand was also another important factor held responsible for the environmental damage. Heavy rainfall had been previously recorded in the region which had also led to flash floods, but the devastation produced in 2013 was comparable to no earlier data. It is believed that floodwaters had no outlets this time, as most of the routes taken by the water previously were now blocked by sand and rocks. Hence, the lethal waters, laden with debris from dam construction and large volumes of mud and rocks, inundated towns and villages and buried all forms of life that came in its way.

In May of 1970, an earthquake triggered a massive series of landslides and avalanches of rock and snow that buried the towns of Yungay and Ranrahirca. Nearly 22,000 people perished in this natural disaster. The avalanche travelled a distance of 16.5 kilometers. It ended up carrying 50-100 million cubic meters of water, mud, and rocks, which reached the village of Yungay and smothered all life forms therein under its deadly cover.

A dormant volcano, the Nevado del Ruiz in Tolima, Colombia, suddenly came to life on November 13, 1985, wreaking havoc on the nearby villages and towns, and killing as many as 23,000 people. A pyroclastic flow from the crater of the volcano had melted the glaciers in the mountain and sent deadly lahars, saturated with mud, ice, snow, and volcanic debris, rushing down the mountain at killer speeds towards the residential areas directly below it. The lahars soon engulfed the town of Armero, killing thousands there, while casualties were also reported in such other towns as Chinchiná

The Winter of 1999 witnessed unusually heavy rainfall in the Vargas State of Venezuela. The rainfall triggered a series of large and small flash floods and debris flows that claimed around 30,000 lives in the region. As per estimates, approximately 10% of the population of Vargas perished in the disaster. The entire towns of Carmen de Uria and Cerro Grande completely vanished under the mud bed, and a large number of homes were simply swept away into the nearby ocean.

The 8.5-magnitude Haiyuan Earthquake was the world’s second deadliest earthquake of the 20th Century. It generated a series of 675 major loess landslides causing massive destruction to lives and property. The natural calamity which struck the rural district of Haiyuan on the evening of December 16, 1920 claimed over 100,000 lives, and severely damaged an area of approximately 20,000 square kilometers. The worst affected areas included the the epicenter of the earthquake in the Haiyuan County in what is now the Ningxia Hui Autonomous Region, as well as the neighboring provinces of Gansu and Shaanxi. Haiyuan County alone lost more than 50% of its population in the disaster. One of the landslides buried an entire village in Xiji County as well.

Landslide Questions
Join us on Telegram