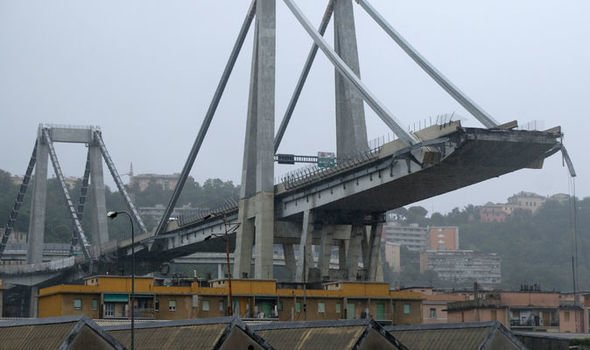 28 August 2018 Off By The Engineering Community

THE Genoa bridge collapse was caused by a major flaw in the supporting piles meaning the structure could not support the weight of heavy traffic, engineer Saverio Ferrari claimed.

Saverio Ferrari blamed the Genoa bridge collapse on the decision of the original building team not to build the supporting piles with anti-seismic materials.

Mr Ferrari, who worked as an engineer for the company that built the Morandi bridge, argued the flaw in the structure and the failure of authorities to redirect heavy traffic to alternative routes were the main reasons behind the deadly collapse.

Speaking to Corriere della Sera, the retired engineer said: “I worked with the Condotte company. Everything always collapsed when the failed company was involved.

“When the structure was put up, the supporting piles were not made to sustain earthquakes.”

A state funeral of 19 of the 43 victims was held on August 18 in Genoa at the presence of President Sergio Mattarella and members of the public.

Mr Ferrari claimed civil engineer Riccardo Morandi, who designed the bridge and whose name was given to the structure, had been aware of the decision and had complained to the building team.

He explained the trials to ensure the support capacity of the piles had been rushed and that the Morandi bridge already showcased major issues less than two years after its inauguration.

Mr Ferrari continued: “Mr Morandi got mad at the engineer in charge, he said ‘it needs to have a specific weight base to hold up.’ The piles were not anti-seismic.

“When the carrying capacity is not calculated you need to test the foundations. The test was done over five days. The chemical reaction of concrete cannot be completed within five days yet they kept on building. 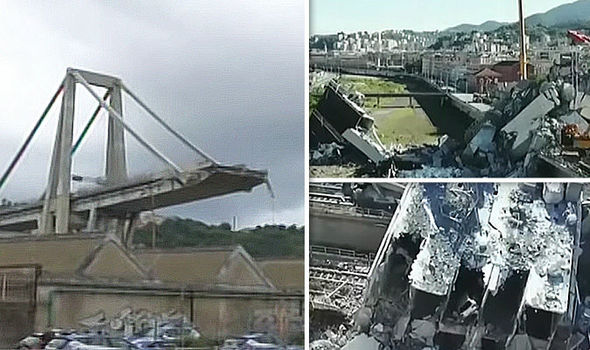 Genoa Bridge collapese: Saverio Ferrari claimed the bridge was not made to sustain modern traffic

“In 1969 I stopped near the centre of the central span of the bridge and the oscillation of the structure from right to left was off by seven or eight centesimal.”

He added: “They did not learn how to redirect the heavier traffic from the 1980s onwards. That’s why the bridge gave out.”

Witnesses to the tragedy say the bridge collapsed during heavy rain “like flour” on to the railway lines and buildings below.

Rescue workers searching the rubble confirm 39 people have died and 15 are injured, numbers expected to rise.

A baby is reported to have died as well as two people who were in their homes after the enormous bridge collapsed.

Interior Minister Matteo Salvini, suggested EU budget constraints were the cause of the Genoa bridge collapse.

Speaking to reporters, Mr Salvini said: “If external constraints prevent us from spending to have safe roads and schools, then it really calls into question whether it makes sense to follow these rules.

“There can be no trade-off between fiscal rules and the safety of Italians.”

But while economic constraints are the main cause of the collapse, Mr Salvini’s allegations against the European Union seem to have little foundation.

Brussels has in place a £280.74billion (€315bn) programme designed to improve and renew infrastructure, and the EU issues annual recommendations to national governments about how they could best spend the money.

The advice for 2018 were released after the Italian election, which took place on March 4, and specifically called on the new government to “foster research, innovation, digital skills and infrastructure through better-targeted investment”.

HIGHWAY ENGINEERING
Join us on Telegram