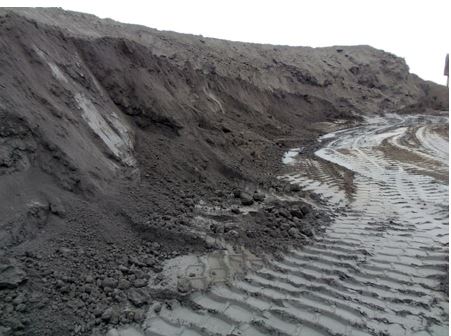 Types and Applications of Fly Ash in Construction

29 May 2021 Off By The Engineering Community

Types and Applications of Fly Ash in Construction

Since wide scale coal firing for power generation began in the1920s, many millions of tons of ash and related by-products have been generated. The current annual production of coal ash world-wide is estimated around 600 million tones, with fly ash constituting about 500 million tones at 75–80% of the total ash produced.

Thus, the amount of coal waste (fly ash), released by factories and thermal power plants has been increasing throughout the world, and the disposal of the large amount of fly ash has become a serious environmental problem. The present day utilization of ash on worldwide basis varied widely from a minimum of 3% to a maximum of 57%, yet the world average only amounts to 16% of the total ash.

Fly ash is generally grey in color, abrasive, mostly alkaline, and refractory in nature. Pozzolans, which are siliceous or siliceous and aluminous materials that together with water and calcium hydroxide form cementitious products at ambient temperatures,are also admixtures.

The pozzolanic properties of the ash, including its lime binding capacity makes it useful for the manufacture of cement, building materials concrete and concrete-admixed products.

There are two common types of fly ash: Class F and Class C.

Class F fly ash contain particles covered in a kind of melted glass. This greatly reduces the risk of expansion due to sulfate attack, which may occur in fertilized soils or near coastal areas. Class F is generally low-calcium and has a carbon content less than 5 percent but sometimes as high as 10 percent.

Class C fly ash is also resistant to expansion from chemical attack. It has a higher percentage of calcium oxide than Class F and is more commonly used for structural concrete. Class C fly ash is typically composed of high-calcium fly ashes with a carbon content of less than 2 percent.

Utilization of fly ash appears to be technically feasible in the cement industry. There are essentially three applications for fly ash in cement

(3) set retardant ingredient with cement as a replacement of gypsum

Cement is the most cost and energy intensive component of concrete. The unit cost of concrete is reduced by partial replacement of cement with fly ash.

The utilization of fly ash is partly based on economic grounds as pozzolana for partial replacement of cement, and partly because of its beneficial effects, such as, lower water demand for similar workability, reduced bleeding, and lower evolution of heat.

It has been used particularly in mass concrete applications and large volume placement to control expansion due to heat of hydration and also helps in reducing cracking at early ages.

The major drawback of fibre reinforced concrete is its low workability. To overcome this shortcoming, a material is needed, which can improve the workability without comprising strength.

The use of fly ash in concrete enhances the workability of concrete and being widely recommended as partial replacement of cement. This also reduces the cost of construction. Fly ash concrete provides much strong and stable protective cover to the steel against natural weathering action.