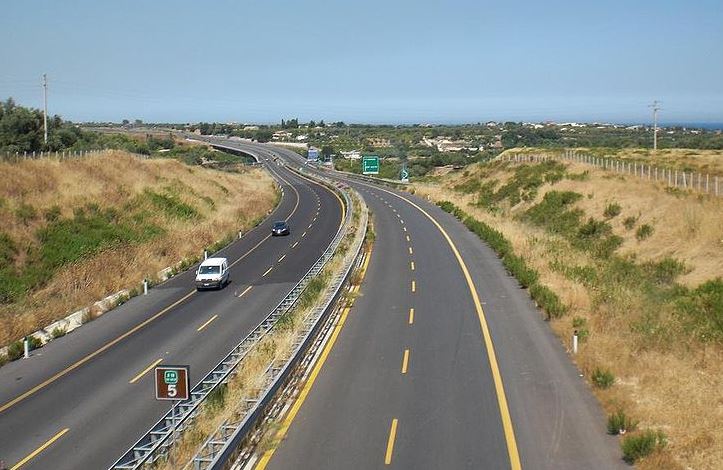 Highways are classified according to their functions in terms of the service they provide. The classification system facilitates a systematic development of highways and the logical assignment of highway responsibilities among different jurisdictions. Highways and streets are categorized as rural or urban roads, depending on the area in which they are located. This initial classification is necessary because urban and rural areas have significantly different characteristics with respect to the type of land use and population density, which in turn influences travel patterns. Within the classification of urban and rural, highways are categorized into the following groups:

Freeways are not listed as a separate functional class since they are generally classified as part of the principal arterial system. However, they have unique geometric criteria that require special design consideration.

Urban roads comprise highway facilities within urban areas as designated by responsible state and local officials to include communities with a population of at least 5000 people. Some states use other values, for example, the Virginia Department of Transportation uses a population of 3500 to define an urban area. Urban areas are further subdivided into urbanized areas with populations of 50,000 or more and small urban areas with populations between 5000 and 50,000. Urban roads are functionally classified into principal arterials, minor arterials, collectors, and local roads.
A schematic of urban functional classification is illustrated in Figure 1 for a suburban environment.

This system of highways serves the major activity centers of the urban area and consists mainly of the highest-traffic-volume corridors.
It carries a high proportion of the total vehicle-miles of travel within the urban area including most trips with an origin or destination within the urban area. The system also serves trips that bypass the central business districts (CBDs) of urbanized areas. 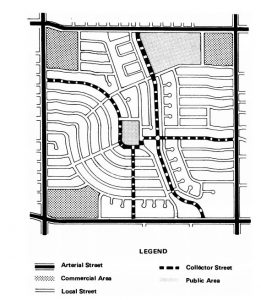 Fig 1 : Schematic Illustration of the Functional Classes for a Suburban Road Network

Although highways within this system may serve as local bus routes and may connect communities within the urban areas, they do not normally go through identifiable neighborhoods. The spacing of minor arterial streets in fully developed areas is usually not less than 1 mile, but the spacing can be 2 to 3 miles in suburban fringes.

The main purpose of streets within this system is to collect traffic from local streets in residential areas or in CBDs and convey it to the arterial system. Thus, collector streets usually go through residential areas and facilitate traffic circulation within residential, commercial, and industrial areas.

This system consists of all other streets within the urban area that are not included in the three systems described earlier. The primary purposes of these streets are to provide access to abutting land and to the collector streets. Through traffic is discouraged on these streets. 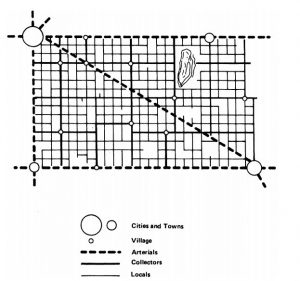 This system consists of a network of highways that serves most of the interstate trips and a substantial amount of intrastate trips. Virtually all highway trips between urbanized areas and a high percentage of trips between small urban areas with populations of 25,000 or more are made on this system.

The system is further divided into freeways (which are divided highways with fully controlled access and no at-grade intersections) and other principal arterials not classified as freeways.

This system of roads augments the principal arterial system in the formation of a network of roads that connects cities, large towns, and other traffic generators, such as large resorts. Travel speeds on these roads are relatively high with minimum interference to through movement.

Highways within this system carry traffic primarily within individual counties, and trip distances are usually shorter than those on the arterial roads. This system of roads is subdivided into major collector roads and minor collector roads.

Routes under this system carry traffic primarily to and from county seats and large cities that are not directly served by the arterial system. The system also carries the main intracounty traffic.

This system consists of routes that collect traffic from local roads and convey it to other facilities. One important function of minor collector roads is that they provide linkage between rural hinterland and locally important traffic generators such as small communities.

This system consists of all roads within the rural area not classified within the other systems. These roads serve trips of relatively short distances and connect adjacent lands with the collector roads.