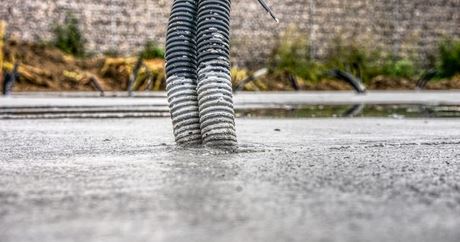 What You Need To Know About Concrete

15 June 2021 Off By The Engineering Community

What You Need To Know About Concrete

Concrete is as much a part of the urban landscape as trees are to a forest. It’s so ubiquitous that we rarely even give it any regard at all. But underneath that drab grey exterior is a hidden world of compexity.

Concerete is one of the most versatile and widely-used construction materials on earth. It’s strong, durable, low maintenance, fire resistant, simple to use, and can be made to fit any size or shape from the unfathomably massive to the humble stepping stone.

However, none of those other advantages would matter without this : it’s cheap. Compared to oter materials, concrete is a bargain and it is easy to see why if we look at what’s made of.

A recipe that is not quite a paragon of sophistication, one ingredient falls from the sky and the rest essentially straight out of the ground. But, from these humble beginnings are born essentially the basis of the entire world’s infrastructure.

Actually, of the four, cement is the only ingredient in conrete with anay complexity at all. The most common type used in conrete is know as Portland cement. It’s made by quarried materials (mainly limestone) into a kiln, then grinding them into a fine powder with a few extra herbs and spices.

Cement is a key constituent in a whole host of construction materials, insluding grout, mortar, stucco and of course concrete. A lot of people don’t know this, but every time you say cement when you were actually talking about concrete, a civil engineer’s calculator runs out of batteries.

The cement key role es to turn concrete from liquide to a solid. Portland cement cures not through drying or evaporation of the water, but through a chemical reaction called hydration.

The water actually becomes a part of cured concrete, this is why you shouldn’t let concrete dry out while it’s curing. Lack of water can prematurely sop the hydration process, preventing the concrete from reaching its full strenght.

In fact, as long as you avoid washing out the cement, concrete made with Portland cement can be placed and cured completely under water. It will set and harden just as well (and maybe even better) as if it were placed in the dry.

But, you may be wondering « If water plus cement equals hard, what’s the need for the aggregate ? ».

To answer that question, let’s take a closer look by cutting this sample through with a diamond blade. Under a macro lense, is tarts to become obvious how the individual constituents contribute to the concrete. 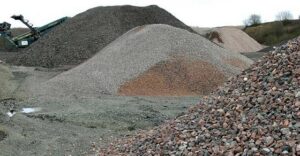 Notice how the cement paste filled the gaps between the fine and coarse aggregate. It serves as a blinder, holding the other ingredients together.

Instead we use cheaper filler materials – gravel and sand – to make up the bulk of concrete’s volume. This saves cost, but the agregates also improve the structural properties of the concrete by increasing the strenght and reducing the amount of shrinkage as the concrete cures.

The reason that civil engineers and concrete professionales need to be pedantic about the difference between cement and concrete is this : even though the fundamental recipe for concrete is fairly simple with its four ingredients, there is a trmendous amount of complexity involved in selecting the exact quatities and characteristics of those ingredients.

In fact, the process of developing a specific concrete formula is called mix design. One of the most obvious knobs that you can turn on a mix design is how much water is inluded. Obviously, the more water you add to your concrete, the easier if flows into the forms. This can make a big difference to the people who are placing it. But, this added workability comes at a cost to the concret’s strenght.

How to Improve Collaboration and Communication Between Construction Teams

Structural Analysis Of Building Offices Spreadsheet
Join us on Telegram