you are here Accueil | ENGINEERING ARTICLES | Civil Engineering Articles | GEOTECHNICAL | What are the Effects and Consequences of Landslides? 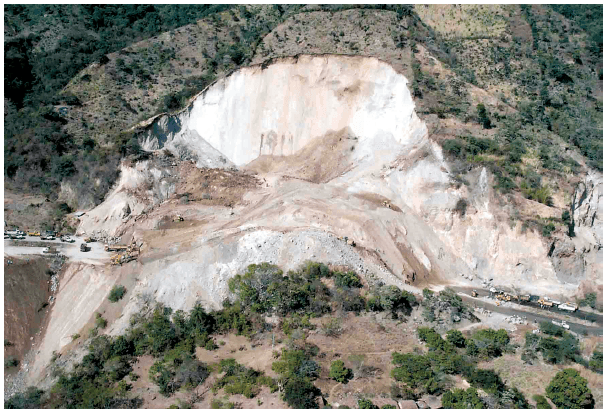 What are the Effects and Consequences of Landslides?

10 July 2019 Off By The Engineering Community

What are the Effects and Consequences of Landslides?

Landslide effects occur in two basic environments: the built environment and the natural environment. Sometimes there is intersection between the two; for example agricultural lands and forest lands that are logged.

Effects of Landslides on the Built Environment

Landslides affect manmade structures whether they are directly on or near a landslide. Residential dwellings built on unstable slopes may experience partial damage to complete destruction as landslides destabilize or destroy foundations, walls, surrounding property, and above-ground and underground utilities. Landslides can affect residential areas either on a large regional basis (in which many dwellings are affected) or on an individual site basis (where only one structure or part of a structure is affected). Also, landslide damage to one individual property’s lifelines (such as trunk sewer, water, or electrical lines and common-use roads) can affect the lifelines and access routes of other surrounding properties. Commercial structures are affected by landslides in much the same way residential structures are affected. In such a case, consequences may be great if the commercial structure is a common-use structure, such as a food market, which may experience an interruption in business due to landslide damage to the actual structure and (or) damage to its access roadways.

Fast-moving landslides such as debris flows are the most destructive type of landslide to structures, as they often occur without precursors or warnings, move too quickly for any mitigation measures to be enacted, and due to velocity and material are often very powerful and destructive. Fast-moving landslides can completely destroy a structure, whereas a slower moving landslide may only slightly damage it, and its slow pace may allow mitigation measures to be enacted. However, left unchecked, even slow landslides can completely destroy structures over time. Debris avalanches and lahars in steep areas can quickly destroy or damage the structures and lifelines of cities, towns, and (or) neighborhoods due to the fact that they are an extremely fast-moving, powerful force.

The nature of landslide movement and the fact that they may continue moving after days, weeks, or months preclude rebuilding on the affected area, unless mitigative measures are taken; even then, such efforts are not always a guarantee of stability.

One of the greatest potential consequences from landslides is to the transportation industry, and this commonly affects large numbers of people around the world. Cut and fill failures along roadways and railways, as well as collapse of roads from underlying weak and slide-prone soils and fill, are common problems. Rockfalls may injure or kill motorists and pedestrians and damage structures. All types of landslides can lead to temporary or long-term closing of crucial routes for commerce, tourism, and emergency activities due to road or rail blockage by dirt, debris, and (or) rocks . Even slow creep can affect linear infrastructure, creating maintenance problems. 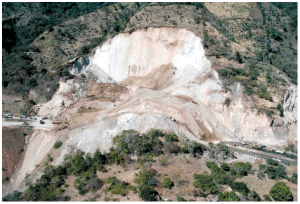 Figure 1. A landslide on the Pan American Highway in El Salvador, Central America, near the town of San Vicente, in 2001. (Photograph by Ed Harp, U.S. Geological Survey.)

Figure 1 shows a landslide blocking a major highway. Blockages of highways by landslides occur very commonly around the world, and many can simply be bulldozed or shoveled away. Others, such as the one shown in figure 1, will require major excavation and at least temporary diversion of traffic or even closure of the road.

As world populations continue to expand, they are increasingly vulnerable to landslide hazards. People tend to move on to new lands that might have been deemed too hazardous in the past but are now the only areas that remain for a growing population. Poor or nonexistent land-use policies allow building and other construction to take place on land that might better be left to agriculture, open-space parks, or uses other than for dwellings or other buildings and structures. Communities often are not prepared to regulate unsafe building practices and may not have the legitimate political means or the expertise to do so.

Effects of Landslides on the Natural Environment

Landslides have effects on the natural environment: 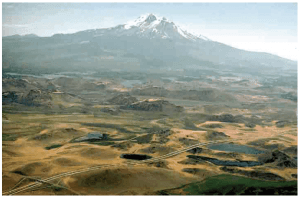 Figure 2. The active volcano, Mount Shasta in California, USA. Note the landforms in the foreground, caused by a debris avalanche that occurred about 300,000 years ago. The debris avalanche traveled great distances from the volcano and produced lasting landform effects that can still be seen today. (Photograph by R. Crandall, U.S. Geological Survey.) 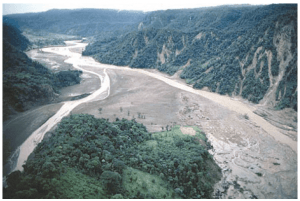 Figure 3. View looking downstream at the confluence of the Río Malo (flowing from lower left) and the Río Coca, northeastern Ecuador, in South America. Both river channels have been filled with sediment left behind by debris flows triggered by the 1987 Reventador earthquakes. Slopes in the area had been saturated by heavy rains in recent days before the earthquake. Debris/earth slides, debris avalanches, debris/mudflows, and resulting floods destroyed about 40 kilometers of the Trans-Ecuadorian oil pipeline and the only highway from Quito. (Photograph by R.L. Schuster, U.S. Geological Survey; information from Reference 32.) 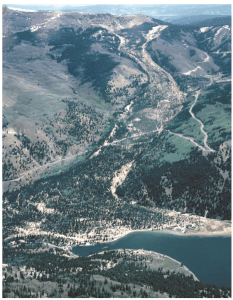 Figure 4. The Slumgullion landslide, Colorado, USA. This landslide (formally referred to also as an earthflow) dammed the Lake Fork of the Gunnison River, which flooded the valley and formed Lake Cristobal. (Photograph by Jeff Coe, U.S. Geological Survey.)

Forest, grasslands, and wildlife often are negatively affected by landslides, with forest and fish habitats being most easily damaged, temporarily or even rarely, destroyed. However, because landslides are relatively local events, flora and fauna can recover with time. In addition, recent ecological studies have shown that, under certain conditions, in the medium-to-long term, landslides can actually benefit fish and wildlife habitats, either directly or by improving the habitat for organisms that the fish and wildlife rely on for food.

The following list identifies some examples of landslides that commonly occur in the natural environment:

There are many ways that people can lessen the potential dangers of landslide dams, and some of these methods are discussed in the safety and mitigation sections of this volume. Figure 32 shows the Slumgullion landslide one of the largest landslides in the world—the landslide dam it has formed is so large and wide, that it has lasted 700 years.

What is a Landslide?
Join us on Telegram