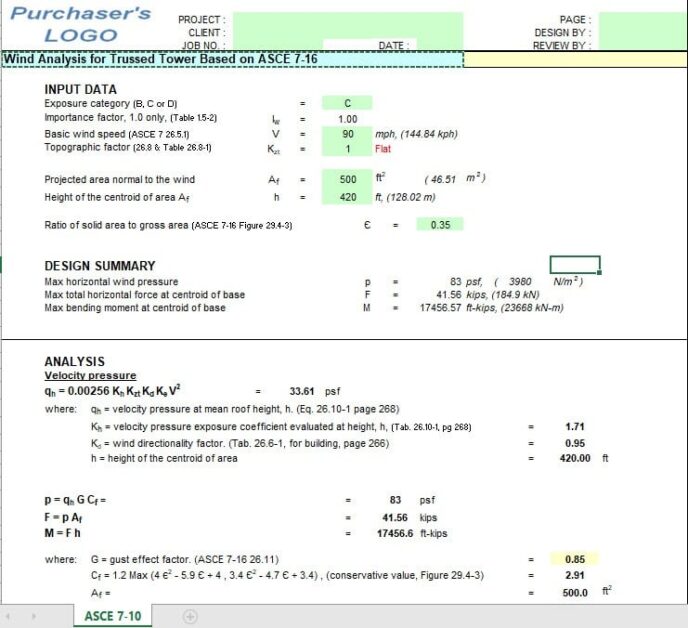 15 January 2018 Off By The Engineering Community

Wind analysis for trussed tower sheet examines structural forces present in a four-sided truss tower modeled as a support system for a wind turbine. Case I examined only forces due to the weight of the nacelle and rotor, while Case II also incorporated lateral wind force. All forces were idealized as concentrated forces and theoretic analysis was completed using static equilibrium concepts and truss/frame analysis techniques. A PASCO Structure kit was used to construct a model and validate theoretical findings. Weights were applied to the model and the resulting axial forces were measured using load cells. Experimental data concurred with the theoretical analysis within the measured uncertainty, indicating the tower was accurately analyzed as a frame/truss structure.
Main Wind Force Resisting System
• Elements of the structure which are essential to keeping
the entire structure from collapsing due to wind.
Components and Cladding
• Elements (Structural or Non-Structural) which transmit
wind forces to the Main Wind Force Resisting System.
• Not essential for overall structural stability

Hydrology in Practice
Join us on Telegram