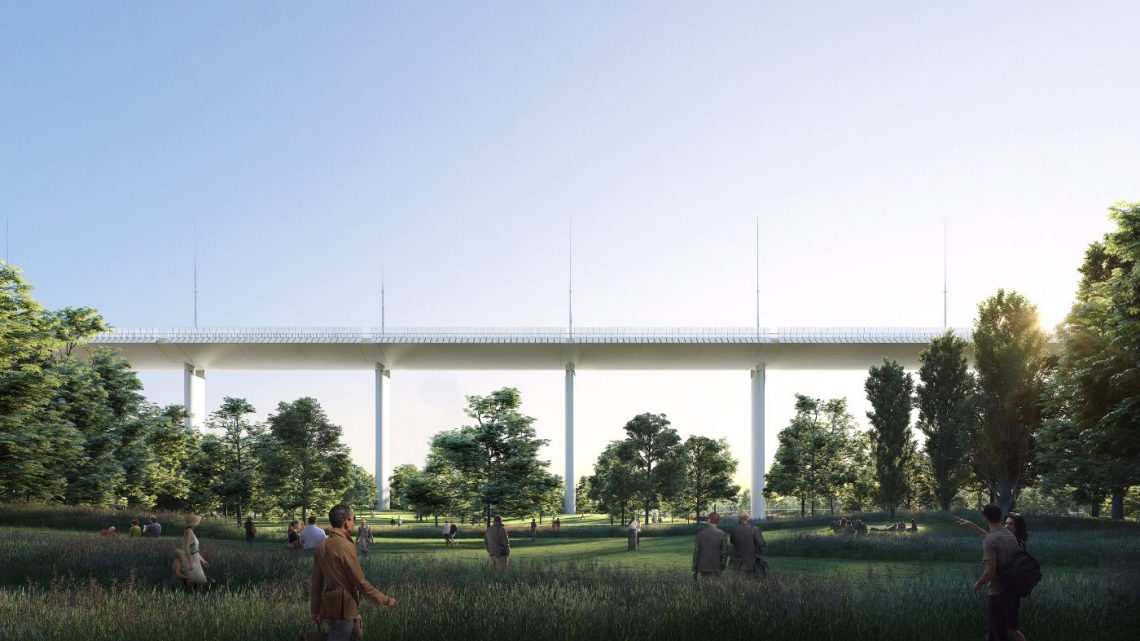 Following the deadly collapse of genoa’s morandi bridge in august 2018, italian architect renzo piano had announced plans to donate a replacement design. on december 18, 2018, genoa mayor mario bucci announced that the project will take 12 months to complete once the site has been prepared. mayor bucci, the commissioner overseeing the reconstruction, also announced the selection of salini impregilo and fincantieri infrastructure, via a new company called PERGENOVA, for the construction of the bridge according to renzo piano’s design.

Piano comments on the spirit of the redesign: ‘the new bridge will have to be simple and parsimonious, but not trivial. it will look like a ship moored in the valley; a light and bright steel bridge. it will reflect the sunlight during the day and absorb solar energy to return it at night. it will be a sober bridge, respecting the character of the genoese.‘ 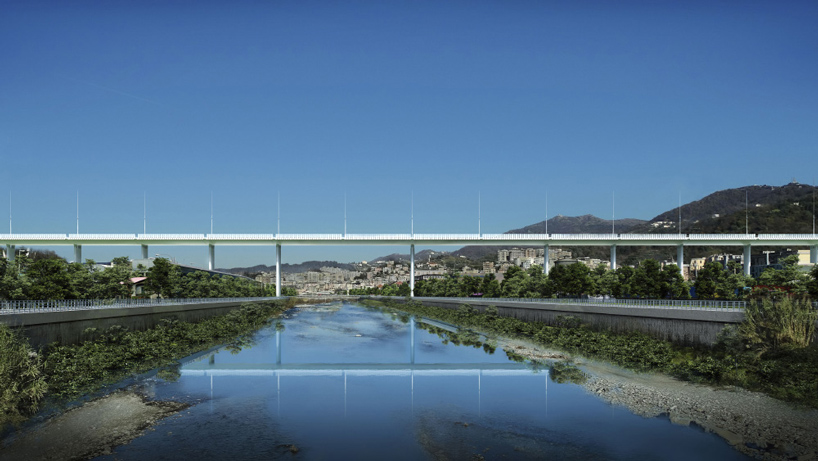 Situated along italy’s northwestern coast, genoa is the sixth largest city in the country. the bridge serves as an essential element that will allow genoa to reclaim its role as a great port and trade city. the bridge is an important junction connecting the city with france, the port and, generally, with nearby areas. renzo piano building workshopdesigned the bridge with a continuous steel deck extending 1,100 meters (3,609 ft) with 20 spans. the 19 elliptical piers of reinforced concrete will be primarily positioned at 50 meter increments, although because of their location on the river and the railway, two of these piers will be 100 meters apart. construction will be led by collaborating companies, salini impregilo and fincantieri. 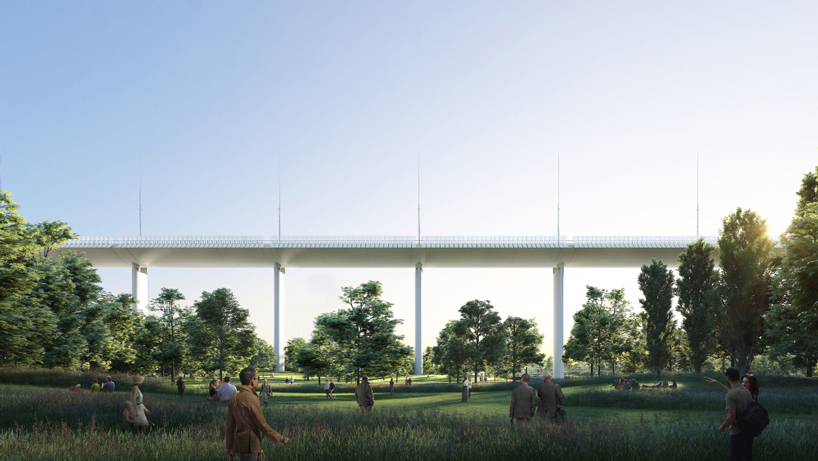 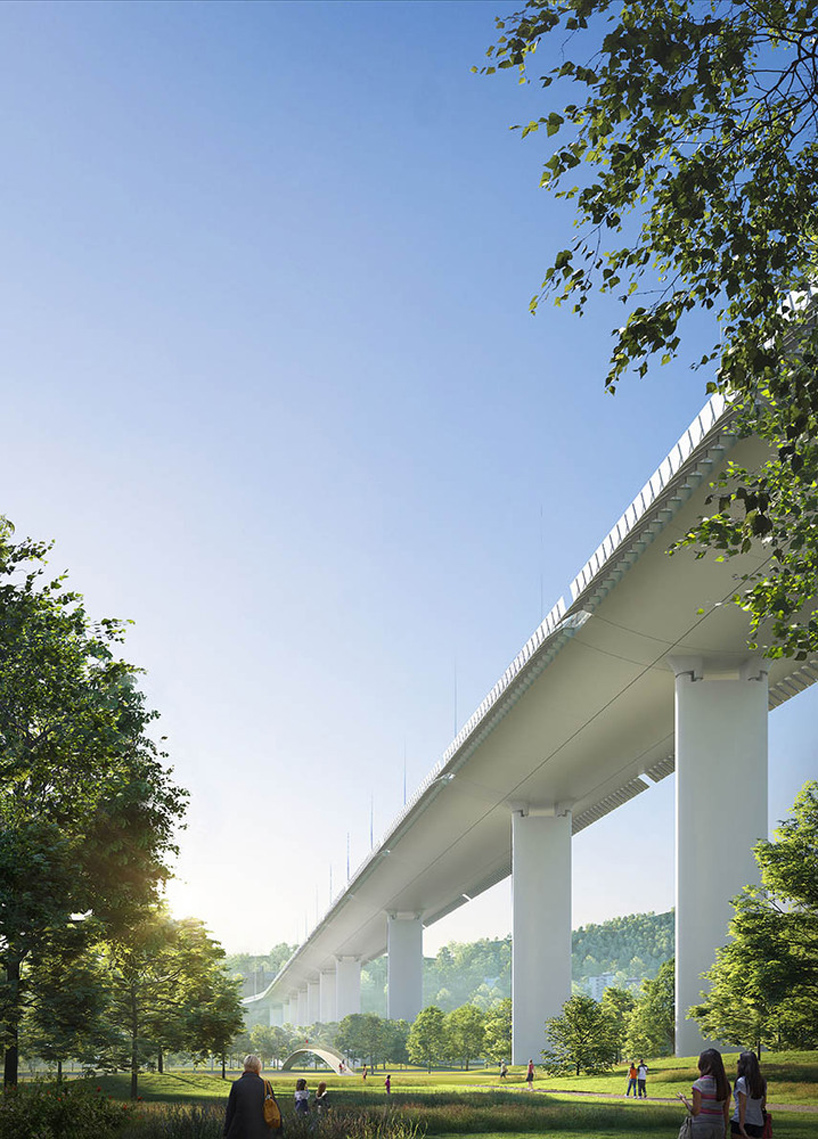 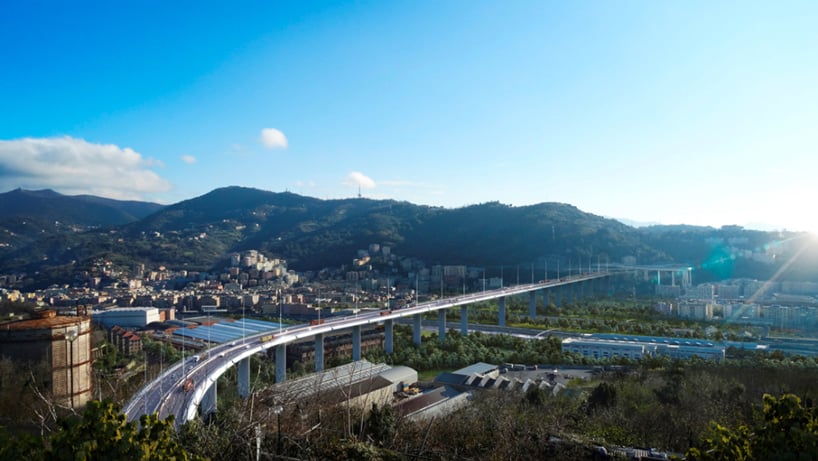 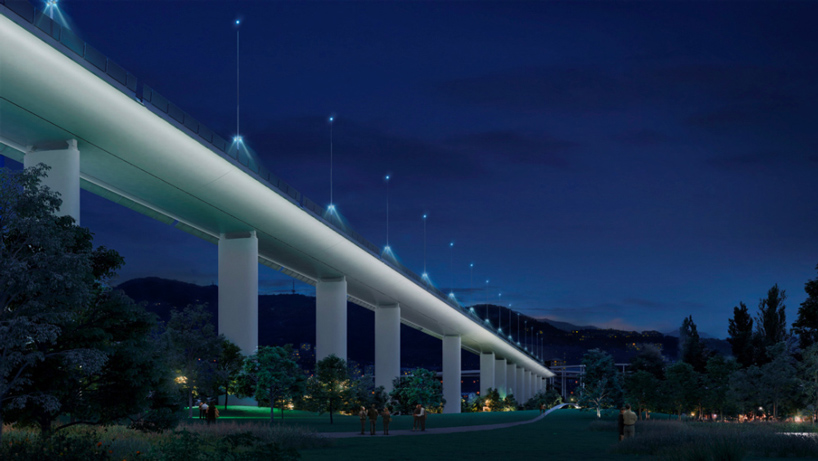 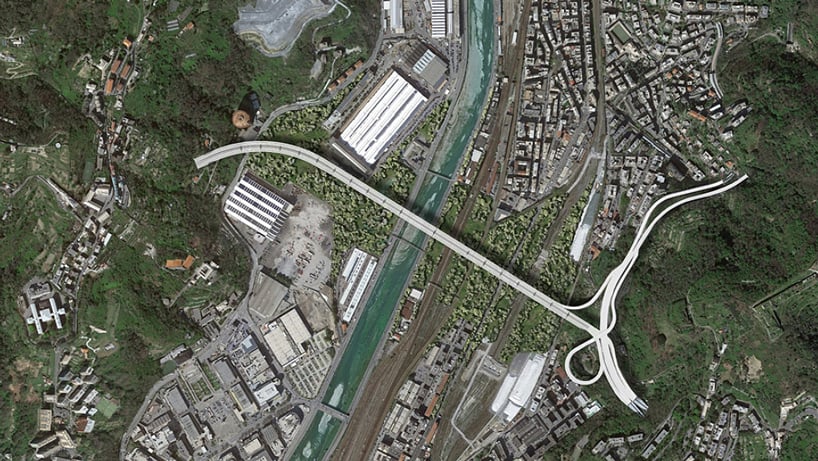 The project foresees completion 12 months from the moment work begins