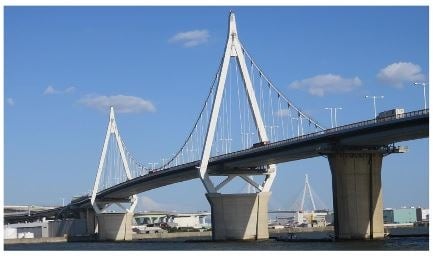 29 January 2020 Off By The Engineering Community

In general, the suspension bridges can be classified according to theirspan numbers, the connection between stiffener girders, the layout of sus-penders, and anchoring conditions, etc.

1. According to Span Numbers 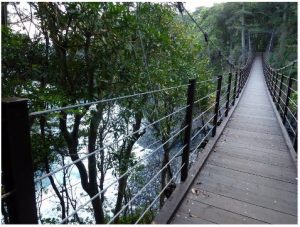 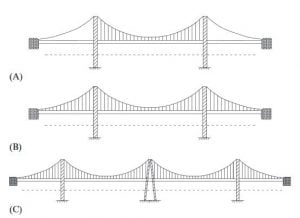 The Tsing Ma Bridge in Hong Kong and the Pingsheng Bridge in Guangdong are typical single-span suspension bridges, as shown in Figs. 4 and 5.

For multispan suspension bridges with more than two towers, the horizontal displacement of the tower tops due to live loads can be a concern and measures for controlling such displacement becomes necessary.

The Tamate Bridge built in 1928 in Japan is a typical multispan suspensionbridge, which is still in use now. Since then, several bridges were built inFrance (Pont de Château neuf-sur-Loire, 1932; Chatillon Bridge, 1951; and Bonny-sur-Loire Bridge, etc.), Switzerland (Giumaglio Footbridge). 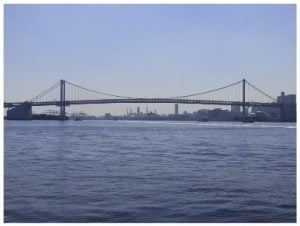 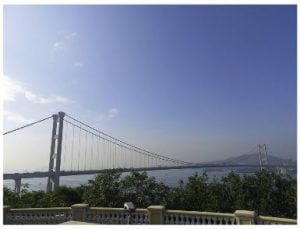 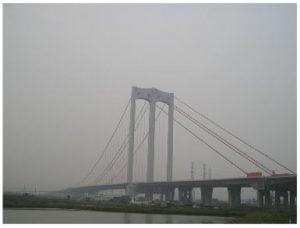 Mozambique (Samora Machel Bridge, 1973), and Nepal (Dhodhara-Chandani Suspension Bridges, 2005). These bridges are generally built ina relatively short span except the Taizhou Yangtze River Bridge in China, which has three main towers and two main spans with a span length of1080 m, currently are the largest such suspension bridges.

2. According to Stiffening Girders

The Akashi Kaikyo Bridge, the longest suspension bridge in the world, was designed with atwo hinged stiffening girder system. 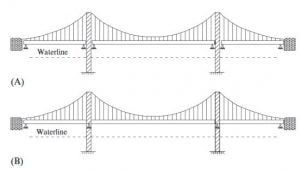 In suspension bridges, suspenders (or hangers) can be designed as either ver-tical or diagonal, as shown in Fig.7. Vertical suspenders are more oftenused in suspension bridges, but diagonal hangers are sometimes used for the sake of increasing the damping and improving the seismic performance ofsuch bridges. For higher stiffness of a cable supported bridge, a combinedsuspension and cable-stayed cable system can also be used. 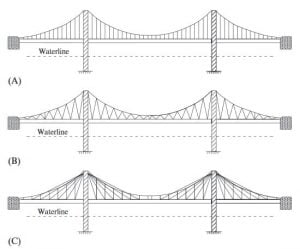 Fig.7. Suspension bridge classification according to suspenders. (A) Vertical sus-penders. (B) Inclined suspenders.

4. According to Anchoring Conditions

As for self-anchored suspension bridges,the anchorages are not necessary and main cables are connected directly to thestiffening girders. In this case, however, relatively large axial compressiveforces need to be carried by the main girder and this should be consideredin the design. The San Francisco Oakland Bay Bridge and Konohana Bridgein Osaka (Fig.9) are typical self-anchored suspension bridges. 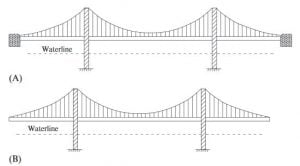 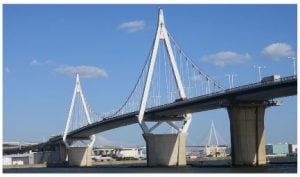 Different Types of movable Bridges
Join us on Telegram