you are here Accueil | ENGINEERING ARTICLES | CAD & BIM | What Interoperability really means in a BIM context? 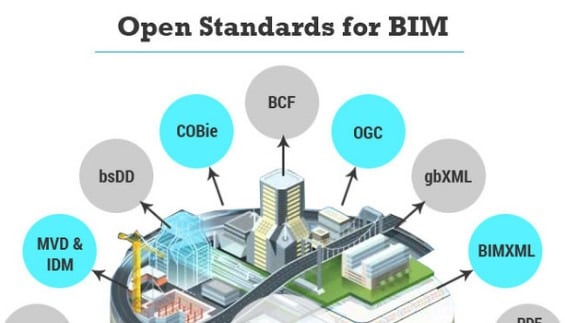 What Interoperability really means in a BIM context?

3 November 2018 Off By The Engineering Community

What Interoperability really means in a BIM context?

It has been an interesting week for interoperability in the BIM world. Three of the dominant players have made public statements on their strategy for BIM interoperability. Autodesk and Trimble issued a joint press release announcing anagreement to increase interoperability for customers to gain flexibility throughout the BIM project lifecycle. At the core of the press release was support of IFC and COBie.

Two days later BIM+ published an interview with Bentley Systems CEO Greg Bentley where BIM interoperability were also a key topic. Bentley were less supportive of IFC and COBie as we will see but still had a solution for interoperability in the AEC industry.

In this article we will look at what what interoperability really means in a BIM context. Then we will use select quotes from the press release and the interview to discuss the current state of interoperability in the world of BIM. We will see progress and good signs but we will also see issues, limitations and confusing and provocative statements. At the end we ask if these vendors holding the interoperability banner high are “sailing under false colors” or if they are just doing the best they can with the limitation of the current standards. Read on and see if you share our opinion.

Interoperability is a characteristic of a product or system, whose interfaces are completely understood, to work with other products or systems, present or future, in either implementation or access, without any restrictions.

This definition is quite a mouthful. At least we can draw one main conclusion – you cannot have interoperability without open standards. Let us explore further

Wikipedia have a separate sub-chapter on software interoperability that are a bit more specific.

With respect to software, the term interoperability is used to describe the capability of different programs to exchange data via a common set of exchange formats, to read and write the same file formats, and to use the same protocols.

One common use case for software interoperability is for the customers freedom to switch from one product to another while keeping the data intact after the transfer. This is especially important for use cases where the data will stay in one system for a long time (e.g. in Computer Aided Facility Management – CAFM systems) to prevent vendor lock-in.

For BIM interoperability there is another just as important driver. In the construction industry where one-off projects teams are assembled across different organisations, disciplines and phases you want the different discipline tools to share information with each other and you want data generated in one phase to be usable without re-entry for the next phase. This is the foundation for openBIM. You cannot have a true openBIM workflow without interoperable software. Interoperability is about freedom to work with the best in any discipline and for them to use the tools they are most comfortable and productive with.

What is not interoperability

The figure above is also taken from the interoperability working group. It is presented under the heading “degrees of interoperability”. However we would argue that the two first categories are not real interoperability. Again we use wikipedia to clarify when a vendor is forced to adapt its system to a dominant system that is not based on Open standards, it is not interoperability but only compatibility.

Plug-ins to BIM tools are common ways of providing such a compatibility solution.

The vendor behind that product can then choose to ignore any forthcoming standards and not co-operate in any standardisation process at all, using its near-monopoly to insist that its product sets the de facto standard by its very market dominance.

The design industry have a long history of dominating vendors trying to corner the market by controlling the de facto standard. We will later see if this is still relevant in the world of BIM

We have covered BIM maturity as described by the BIM levels before BIM level 1 is obviously not interoperability. Here BIM tools are used to automate the generation of design documents but no reusable data is passed on to the other parties in a standard format.

BIM level 2 is mainly about federated models and file based collaboration. The UK based BIM level 2 minimum requirements are requiring a combination of 3D native models and COBie data. As the native formats are not open standards the BIM level 2 mandate do not require real interoperability at this stage.

In our view it is first when you get to level 3 and move beyond just the file based collaboration you get truly integrated interoperable data. By the original definition level 3 would mean a centralised model that all parties are contributing to and benefiting from.

Now that we have some background on what requirements for real BIM interoperability are, let us have a look at the two case studies

This is good news for openBIM and following a trend we have seen lately.

Trimble already have announced this kind of partnership with Nemetschek last year (2015).

So all in all this is good new for the openBIM – buildingSMART community. IFC and COBie are taking steps to becoming the unrivalled open standard for interoperability in the AEC industry.

work together seamlessly through optimized file compatibility across applications

File compatibility is important for level 2 BIM. We are hoping the ambition is also to move beyond this

And what´s that word – compatibility – that´s not interoperability. Let explore the press release further in the next section

Tighter product-to-product integration can enable design and construction professionals to share models, project files and other data between select Autodesk and Trimble solutions

Yep – that´s compatibility for you. This is about two vendors saying their joint customers will get an edge over other players due to a tighter point to point integrations. Or are we misinterpreting this?

Again – the blame for this should not go to the vendors alone. If they want to provide “lossless” data transfers with semantic interoperability the current state of openBIM will only take them so far

The solution for industry interoperability : openBIM needs to evolve along the needs of the industry and vendors should work with standards bodies and “donate” results of these efforts back to the community

with those types of exchange formats or industry standards, you’re somewhat limited in what you can actually do.

AndToday, those products [Revit and Tekla] do interoperate via IFC, but when you take it to the next level of APIs, you get much stronger and more direct interoperability,

This confirms our point that the press release was a bit misleading. END UPDATE

Let´s move on to the Bentley interview and focus on quotes related to interoperability.

Interoperability is now provided though collaborative services that work well with our competitors’ software. You should also give some credit to Autodesk. We have a long-standing interoperability agreement with them.

This just confirms what we have seen. Point to point compatibility integrations are taken for interoperability. And those integrations are not based on open APIs. Bentley are promoting the use of its own i-model format generated by design software plug-ins.

(On IFC and COBie) : they will never go far enough, or be current enough, or be extensive enough to quite achieve a standard of persisting intelligent data

Yes there are limitations in the current implementations. But can they never be fixed? If the industry come together to work to fix the limitations? Again Bentley only see their own format as a viable solution.

Instead of complaining about lack of interoperability there are very practical ways to overcome it, that the internet has led to a strategy for self description. If in the AEC world we say that a lack of standards is holding us back we are making excuses.

Interoperability implies open standards by definition. If you are inventing your own integration layer, hoping it will become a defacto standard you should not call it interoperability.

I can’t think of anything but problems with COBie. …. What would you actually use it for, it’s verbose, it’s limited in terms of virtuosity and as a data exchange mechanism it is almost entirely theoretical as every time the design changes, which is constantly, you would have to re-export the whole COBie

COBie is not about sharing design data each time the design changes. COBie defines data drops related to the transition between each main phase change in the project lifecycle, the main one being handover of as built and operations and maintenance data. Owners capable of utilising models for the operations phase would typically require a combination of native models and openBIM iFC files to transfer the virtuosities of the models.
For the use cases Bentley describes buildingSMART are working on alternative model-view definitions and representations. We totally agree that that work needs to speed up, but attacking COBie for that flaw is really missing the point

So what is Bentleys solution to the interoperability challenge of the industry. Bentley have their own format called I-model. I-models can be created using free plugins to tools both from Bentley (e.g. Microstation) and some other tools (e.g. Revit). The i-models can be viewed in free viewers from Bentley (if you are on the windows platform) or they can be viewed as 3d pdf files (if that is the format the models were published to). The data in the i-models can be accessed via an ODBC database driver that Bentley provides. That means that there are integration possibilities but we would not call it an open standard and therefore not an interoperability solution.

To give some balance to the discussion we trust that Bentley are right when they say that the I-model format have many advantages over the openBIM formats/ standards. The one thing that counts however in interoperability and standardization is market adoption. Have a look at the trend graph below. IFC is definitely on the rise. That is not the case for i-model

openBIM as defined by buildingSMART is well positioned to become the interoperability framework for the AEC world. To do so however requires buildingSMART and the community to work through some limitations and constantly improve both the standard and the implementations.

Bentley is now the only major BIM player not openly supporting interoperability based on openBIM. At the same time the market is screaming for interoperability between the building and infrastructure domains. buidlingSMART have it on their todo list. Bentley say they have a superior solution…

Then back to our question – are the industry sailing under false colors?
Sailing under false colors is probably a too harsh expression for this. But we do think however that the interoperability term is thrown around a bit too loosely in our industry. Especially in marketing messaging. It is being used to describe point-to point solutions and it is being used to describe integrations based on proprietary formats. We think the industry needs to understand and agree on what interoperability is to make educated decisions based on the messaging from the vendors.

We also strongly hope that our standards will evolve so that compliance with the standard and working in the community is the main message you are promoting, not integration with another vendor.

7 Reasons Why Transitioning to BIM Makes Sense for Small Firms